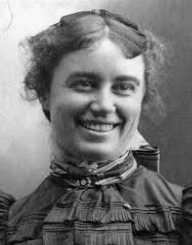 Nora Stanton Blatch Barney was born in Basingstoke, Hampshire, England on the 30 September 1883. Her parents were William Blatch and Harriot Eaton Stanton. Her maternal grandmother was Elizabeth Cady Stanton, a leader of the suffragette movement in the United Kingdom.

Nora Stanton Barney was a pupil at the Horace Mann School in New York where she studied mathematics and Latin. Between 1902 and 1905 she was a student at Cornell University, graduating with a degree in civil engineering. She was the only woman in her class at Cornell University in Ithaca, New York. Upon graduating she became one of the earliest women to graduate with a degree in civil engineering. Her Master’s thesis was: An Experimental Study of the Flow of Sand and Water in Pipes under Pressure.

After graduating Nora Stanton Barney accepted a position with the New York City Board of Water Supply. On the 6 March 1906, she was elected to the membership of the American Association of Civil Engineers with the status of Junior Member.

In 1909 Nora Stanton Barney took up a position as an engineer with the Radley Steel Construction Company. Three years later she started working as an assistant engineer for the New York Public Service Commission.

At the same time, Nora Stanton Barney was involved in the suffrage movement. In 1915 she became president of the Women’s Political Union. She was also the editor of the union's journal.

Nora Stanton Barney died in 1971. In 2015, she was granted posthumous association membership of the Association of Civil Engineers, and in August of that year, she became a fellow of the association.