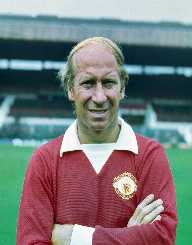 No other person captured and seized Manchester United best and an exhaustive moment like Bobby Charlton. He was always one step ahead when it came to wishing his one and all team the best of all.

Sir Bobby Charlton is a former football player, and he attained a World Cup for his team in 1966. Since 1953 his sterling services are still celebrated far and beyond. There’s more than what meets the eye for him.

Charming, loving and comforting traits are one of the essential qualities of Bobby Charlton. His willingness to improve on his football experience gave him a prestigious name.

He is arguably the famous footballer for sealing over 40 goals for his English team. He is known as a sports lover with a highly-spirited nature. One thing that jolts his nerves is being uncomfortable and out of options. To avoid this, he loves to settle on one answer and more so solutions. When in doubt, he’ll procrastinate and find a solid answer when relaxed.

Bobby Charlton is right when it comes to laying down his present plans. He is always associated with friends who are worth a bundle. His end wish is not to attain specific names but to be a person who assisted the faint at heart.

Bobby Charlton was born as Robert Charlton on 11 October 1937 in England, Ashington, United Kingdom. His father worked as a miner and his mother, Cissie Charlton was a football fanatic. Cissie’s family was greatly admired due to their sports professionalism. Robert spent his childhood days playing football with his two siblings; Jack and Tommy Charlton.

At only 15 years of age, Bobby teamed up with the most famous football team- Manchester United. Although the team didn’t shake anyone’s nerve at that time, Charlton still managed to score two goals. He got a name for beating highly acclaimed players. At that time the soccer team was governed by Matt Busby.

It wasn’t a surprise that Bobby Charlton played for seventeen good years for Manchester United. His incredible skills crowned him as one of the ‘Busby Babes’ teams of players. Charlton’s wish was to remain steadfast to his talent which later moved him to stardom.

Writing History for His Club and England

In 1956 and 1957 season, Bobby Charlton's club won the very first title. The following month the team got a chance to participate during the European Cup semi-finals. Sadly, before their arrival in England, a tragedy occurred where the airplane they were in crashed. Twenty-one people succumbed to injuries on February 1958.

It was fortunate that Bobby survived and he recovered afterwards. It was a traumatic journey for him to rise again after losing eight players from his team. It was here that he promised to write a history for England as well as his club.

An Unmatched kind of Modesty

Bobby Charlton's presence was recognized from as far as 30 yards. His abrupt swerving maneuvers and powerful playing tactics made him a definite example of grace and speed. He was greatly admired and more so became a mentor and long-term friend even to the unknown. He was near to perfection so we might say.

Charlton first played as a Forward for being a player who scored more goals. He later changed to play as the leading supplier of the ball- deep-lying forward. In his second position, he garnered the First Division Championship both in 1965 and 1967.

Servicing as the Manchester United Captain, he triumphed twice against SL Benfica. He secured a name for his team and won the European Cup; current champion’s league. It became the first club to hold the title.

In 1958 Bobby Charlton and his club competed with Scotland. At that time he played as a defensive midfielder. It was a profound success for England where they scored 4 and nill for Scotland. Early in 1962, he won the FIFA World Cup against his opponent Argentina. This is what led his team to the quarter-finals.

In 1966 Charlton’s soccer team craved the World Cup, and Bobby scored two goals in semi-finals. He played till 1973 when he announced his retirement. After two years he was appointed as Preston North End manager. He later worked as the Wigan Athletic club manager.

In 1984, Bobby became one of the board directors for his former team. He also played a significant role in several English World Cup as well as Olympic Games such as the 2012 London Olympics.

Bobby Charlton played 754 matches where he scored 247 goals for his team. Internationally, he played for 106 matches and scored 49 goals. Quite an incredible score at that time and to date; we bet Wayne Rooney can beat this score by far.

In 1961 Bobby married Norma Ball. The couple has two daughters called Adrea and Suzanne. In 2011 and 2012 he won awards including Laureus World Sports and PFA Merit Award. It isn’t a doubt that he has already written history for England and his excellent team.