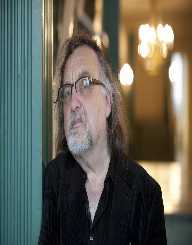 Brian Ferneyhough was born on January 16, 1943, in Coventry,West Midlands, . After his early education, he was trained at the Birmingham School of Music and later at the Royal Academy of Music from 1966 to 1967. While there, he studied with Lennox Berkeley. In 1968, Brian Ferneyhough received a Mendelssohn Scholarship and therefore traveled to mainland Europe to continue his education. Brian Ferneyhough first studied with Ton de Leeuw in Amsterdam and later left for Basel to study with Klaus Huber.

After his education, Brian Ferneyhough taught composition at the Hochschule für Musik Freiburg in Germany between 1973 and 1986. From 1978 and 1994 he also served as a composition lecturer at the Darmstadter Ferienkurse. Brian Ferneyhough composed Cassandra’s Dream Song, which of the first for solo Flute and premiered in 1974 at the Royan Festival as well as the composition, Missa Brevis for 12 singers. His compositions and performances of his work for large ensemble, Transit and Time won a Koussevitzky prize while Motion Study III was performed at the Donaueschingen festival. Brian Ferneyhough paired with fellow British composer and friend Michael Finnissy in most of the events.

Brian Ferneyhough gained the title Chevalier de l’Ordre des Arts des Lettres in 1984. He continued with his academic profession at the University of California, San Diego between 1987 and 1999 as a Professor of Music. Some of his graduate students at this time were Cheva Czernowin and Mark Applebaum and several others. After his service at the University of California, he joined the Stanford University as a William H. Bonsall Professor.

Brian Ferneyhough also served as a Visiting Professor at the Harvard University Department of Music for the 2007–2008 academic year. Brian Ferneyhough had since 1990 directed the annual master course at the Fondation Royaumont in France. Brian Ferneyhough was awarded the Ernst von Siemens Music Prize for a lifetime in 2007. He became a foreign member of the Royal Swedish Academy of Music in 2009.

Brian Ferneyhough produced a lot of works including orchestra and non-orchestra ensembles, works for string quartet and other solo works. Some of his works for the quartet are First String Quartet (1963), Sonatas for String Adagissimo (1983), Second to Six String Quartet from 1980 to 2010, Dum transisset I–IV for string quartet (2007), Exordium for string quartet (2008) and Silentium (2014). His solo works includeSieben Sterne for organ (1970), Cassandra's Dream Song for flute (1970–71), Time and Motion Study II for singing cellist and live electronics (1973–76), Trittico per G.S. for double bass (1989) and Sisyphus Redux for alto flute (2009).