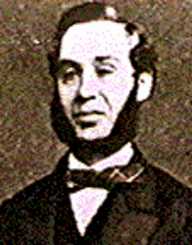 Levi Strauss was born as Loeb on February 26, 1829, in the small village of Buttenheim, in the Franconian region of the Kingdom of Bavaria under the German Confederation. He was born to Hirsch Strauss and his second wife Rebecca Haas Strauss in an Ashkenazi Jewish family. His father had four children from his first marriage and three from the second. They were facing religious discrimination in Germany as they belonged to the Jewish community. There were restrictions on their living area, and they were made to pay special taxes in addition to the regular ones due to their Jewish origin.

Hirsch Strauss, Levi’s father, died of Tuberculosis when Levi Strauss was around 16 years old. Within the next two years of his father’s death, his mother, accompanied by Levi and his two sisters moved to the United States mainly to escape the religious persecution unleashed upon them by the German authorities. Levi’s two older half-brothers, Jonas and Louis, were already in America and had established a wholesale dry goods business in New York City in the name of J. Strauss Brother & Co.

After arriving in the New York City in 1847, Levi Strauss began working for his brothers’ company and soon learnt the art of buying and selling clothes and other dry goods their company was dealing with. In 1849, he went to Louisville, Kentucky, and started working there as a traveling vendor selling his brothers’ supplies which comprised of a variety of different items. He carried those items on his back inside a trunk and sold directly from it. He received his American citizenship in January 1853.

It was the era of California Gold Rush when thousands of fortune hunters gathered from all parts of the world at Sutter's Mill, just outside Sacramento, California to excavate the newly discovered Gold from the area. San Francisco became the commercial hub of the Gold Rush. Around the same time, Levi’s sister Fanny and her husband David Stern came to San Francisco and opened a dry goods business. Upon receiving the American citizenship, Levi Strauss joined his sister in San Francisco with a steamship load of dry goods supplied by his brothers’ company. He acted as a West Coast representative of his brothers’ company and also sold wholesale dry goods to the mining businesses working in the area.

In 1863, Levi Strauss set up his own wholesale dry goods business and named it “Levi Strauss & Co.” He imported various excellent quality dry goods from his brothers’ company in New York including clothing, canvas, sewing supplies, bedding, combs, purses, handkerchiefs, and tools. He also supplied tents to the Gold hunters and later supplied jeans after he invented it.

Jacob Davis, a Nevada tailor and a Jewish immigrant unlike Levi Strauss, asked for Levi’s help to make his proposition of making durable pants financially viable. Responding positively, Levi applied for a patent in collaboration with Jacob for making durable pants by using metal rivets on the pockets and front fly. The patent was granted and issued to them on May 20, 1873. They initially manufactured the pants using canvas material and called the pants “waist-high overalls.”

Afterwards, they started using denim fabric. They were dyed blue to mask the signs of any stains. The pants, initially manufactured for the use of manual workers and laborers, gradually became highly popular among all the sections of the society and soon rose to the status of fashion garment. Levi’s blue jeans sold like a hot cake and in no time became a bestselling product. Levi earned millions over the years only by selling his blue jeans. He added denim jackets and shirts to his product line shortly afterwards. Levi Strauss reportedly made the pants initially by dress makers in their home. Later, he established his first manufacturing plant for Denim Jeans and made Jacob Davis, the plant supervisor.

The success of Levi’s blue jeans and the windfall income generated from the success led Levi Strauss to expand his business to other fields as well. In 1875, he acquired the ownership of Mission and Pacific Woolen Mills. He was elected as a member of various organizations and also held different important portfolios in some entities. He was the director of the “Nevada Bank,” the “Liverpool, London and Globe Insurance Company” and the “San Francisco Gas and Electric Company.” He also served as a charter member and treasurer of the San Francisco Board of Trade.

Levi Strauss never married, and the mantle of his business empire was carried forward by his four nephews, Jacob, Sigmund, Louis, and Abraham Stern, the sons of his sister Fanny and her husband, David Stern. He was a well-known philanthropist. He contributed generously to many charities including Pacific Hebrew Orphan Asylum and the Roman Catholic Orphan Asylum. He also set up funds for providing scholarships at the University of California Berkeley (Levi Strauss Scholarships). The scholarships numbering 28 were started in 1987, and these are still awarded to date. He also contributed in building the first Synagogue called “Temple Emanu-El” in San Francisco.

Levi Strauss lived with his sister’s family in San Francisco until his death. He died on September 6, 1902, at the age of 73 in his San Francisco home. His nephew, Jacob Stern was made the company President after his death. He was interred in Colma, California.