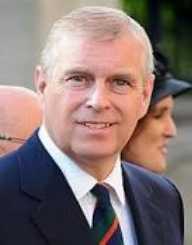 Prince Andrew, Duke of York was born Andrew Albert Christian Edward on February 19, 1960. He is a member of the British Royal Family. He is the second son of Queen Elizabeth II and Prince Phillip, Duke of Edinburgh. Prince Andrew is a Commander and Vice Admiral in the Royal Navy. He is currently fifty-eight years old.

Prince Andrew, Duke of York was born Andrew Albert Christian Edward on February 19, 1960, in Buckingham Palace in London, England. He was born to Queen Elizabeth II and Prince Phillip, Duke of Edinburgh. On April 8, 1960, he was baptized in the Palace by Geoffrey Fisher, the Archbishop of Canterbury.

Prince Andrew attended Heatherdown School in Berkshire. In 1973, he joined Gordonstoun in Northern Scotland while participating in an exchange program to Lakefield College School, Canada. He graduated from Gordonstoun with A-levels in history, economics, English and Political Science. He later joined the Britannia Royal Naval College, Dartmouth.

In 1979, Prince Andrew joined the Royal Navy and enrolled at the Royal Naval College Flight. At the college, he trained as a pilot. In 1980, he took the Royal Marines All Arms Commando Course. He passed out from Dartmouth and went ahead to train with the Royal Air Force at RAF Leeming. The prince also received basic flying training with the Navy as HMS Seahawk. Prince Andrew participated in the Falklands War as a pilot.

In 1984, Prince Andrew got a promotion to the rank of Lieutenant. Later he was appointed by the Queen as her aide de camp. In 1999, the Prince was promoted to Commander and then completed his active naval career at the British Ministry of Defence two years later. In 2004, he was appointed as an Honorary Captain. He became an Honorary Rear Admiral in 2010. He received a promotion to Honorary Vice Admiral in 2015.

On July 23, 1986, Prince Andrew married Sarah Ferguson at Westminster Abbey. On the same day, the Queen named him the Duke of York, Earl of Inverness and Baron Killyleagh. Together they have two daughters. On May 30, 1996, they divorced.

Prince Andrew is the Chairman of the Outward Bound Trust since 1999. He is also a patron of several associations. He is currently fifty-eight years old.