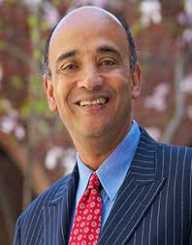 Kwame Anthony Appiah is a Ghanaian-American who is a novelist and philosopher who lectured in various Universities across the world. His topics of interest include cultural and political issues. He has also written several philosophical books.

Kwame Akroma-Ampim Kusi Anthony Appiah was born in England on 8th May 1954. His mother Peggy Cripps is an art historian of the English Language while his father Joseph Emmanuel Appiah was a lawyer and a politician.

His father passed on in 1990 in Accra hospital. He spent the better part of his early age at Kumasi. Appiah was the only male child in his family. He had three sisters. He later moved to England to stay with his grandmother.

He went to Bryanston School in Kumasi before enrolling Clare College Cambridge. He earned a First Class honors degree in BA. He later went on to do his Ph.D. in Philosophy.

Kwame Anthony Appiah began his teaching career in 1981 where he taught at the University of Ghana, Yale, Princeton and Harvard Universities. He published a book My Father's House in 1992 which went on to win Herskovitz Prize in the category of African English Awards.

Apart from various academic works, Appiah wrote various fiction books most notable one being Avenging Angel. It was later followed by Another Death in Venice, and Nobody Likes Letitia.

His philosophical works extend to various universities across the globe. His ideas such as his negative view on Afrocentrism are published in multiple books.

Kwame Anthony Appiah became an author of Ethicist, a column in the New York Times Magazine in 2015.

The Honor Code won the award of the book of the year.

Kwame Anthony Appiah has publicly declared being gay. He is married to his long-term boyfriend Henry Finder.