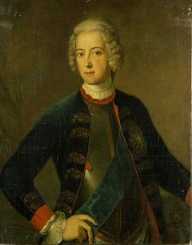 Frederick the Great was the famous nickname for King Frederick II of Prussia, the longest reigning monarch in the Hohenzollern line. He reigned from 1740 until 1786.

Frederick II of Prussia was born on 24 January 1712, in Berlin City Palace. He was the third son to be born, but first of thirteen children to survive infancy. His father was Frederick William I, then Crown Prince to the throne of Prussia. His mother was Sophia Dorothea of Hanover, sister of King George II of Britain. Frederick II grandfather Frederick I was King of Prussia until his death in 1713. King Frederick William, I wanted a religious and pragmatic education for his children, and had employed many tutors and Huguenot governesses and oversaw their upbringing. Frederick II and siblings were taught in French and German.

While his father was abusive and controlling, his mother encouraged Frederick II to explore arts and literature. Frederick II had a secret library with tutor Jacques Duhan, amassing a collection of three thousand books of poetry, philosophy, and classics. In 1730, eighteen-year-old Crown Prince plotted to flee with the help of Hans Herman von Katte. But they were caught and imprisoned in Küstrin, where King Frederick William I charged them with treason. Hans Herman was beheaded in front of the Crown Prince, while Frederick II was pardoned and stripped of his military rank. As penance, he became a junior official in Küstrin to learn governance. A year later, Frederick II was allowed back into Berlin to celebrate the marriage of sister Wilhelmine to Margrave Frederick of Bayreuth.

Frederick II married Elisabeth Christine of Brunswick-Bevern on 12 June 1733. The couple had no children; he made his brother Prince Augustus William Prince of Prussia when he was King.

After his marriage, Frederick II was restored as a Colonel of the Regiment von der Goltz, studying under Reichsgeneralfeldmarschall Prince Eugene of Savoy. They were stationed near Nauen and Neuruppin, in War of the Polish Succession against France. When King Frederick William I died on 31 May 1740, the twenty- eight year old ascended as King in Prussia, as Prussia was diminished. King Frederick, I began acquiring most of his land back after he was crowned. He began by challenging Austria’s claims to Silesia, in 1745 he managed to gain Silesia via Treaty of Breslau.

After fighting in the Seven Year War, King Frederick II and Russia agreed to First Partition of Poland in 1772 to avoid a war. In the treaty, most of the Polish province were claimed by Royal Prussia, connecting West and East Prussia with Farther Pomerania. On 19 February 1772, King Frederick II styled himself as The King of Prussia. King Frederick the Great was involved in War of the Bavarian Succession in 1778. Austria had tried to gain Bavaria.

In their half-hearted attempt, Frederick II wanted to stop Austria’s influence on Germany. Austria stopped when Russia threatened to aid Prussia in the war.

Rise To Fame As Frederick The Great

Although he was widely known as a tactical genius and a skillful military theorist, it was his domestic policies that made him known as Frederick the Great. He had modernized Prussia by enlisting help from experts and strengthening the country’s economy by raising tariff. Aside from the economy, King Frederick II also overhauled bureaucracy and civil service since 1760. Frederick II had abolished judicial torture, except flogging for desertion. The death penalty was only reserved for murder, and freedom of speech was allowed. Under his reign, Prussia’s education system was the best in Europe.

While Protestantism was the favorite, the King tolerated all faiths. He had emphasized that nationality and religion were no concern to him, encouraging people to most to Prussia. In 1785, he signed Treaty of Amity and Commerce with newly independent United States of America.

King Frederick the Great died in his study at Sanssouci, on 17 August 1786. The seventy-four-year-old wanted to be buried next to his greyhounds, but his successor Frederick William II entombed his body in Potsdam Garrison Church, next to King Frederick William I. Hitler had then moved the bodies, hiding them in a salt mine to protect the bodies from destruction during the war.

After World War II, American army found the remains and moved them to Burg Hohenzollern in 1953. Since 1991, King Frederick the Great lay in the court of honor at Sanssouci, in the crypt that he built and intended to rest in.