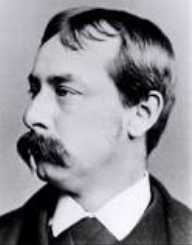 Francis P. Church was born on February 22, 1839. He was an American Publisher. He was also an editor. Francis was also Century Association’s member. He is popular for his Famous Santa Claus Editorial in which he answered a young girl Virginia O’Hanlon of the existence of Santa Claus. He died at the age of Sixty seven years old.

Francis P. Church was born Francis Pharcellus Church on February 22, 1839, in Rochester, New York. He was born to a reverend. He grew up alongside one known sibling. Francis took his primary and secondary education.

He later joined Columbia College of Columbia University, New York. He then developed an interest in pursuing law but went on and studied journalism. In 1859, he graduated with a Bachelor's Degree in journalism. He later worked for the Army during the civil war as a war correspondent. In 1863, he alongside his brother William Conant Church established The Army and Navy Journal.

Three years later, they established the Galaxy Magazine. In 1897, he worked at the New York Sun as a lead editorial writer. He then was involved in Santa Claus editorial after a little girl by the name Virginia O’Hanlon inquired about Santa Claus.

At this time he wrote the editorial ‘Yes, Virginia, there is a Santa Claus’ which in turn was the most famous editorial article in his whole career. This article was different from his other writings since his writing style included: skepticism towards superstitions, hardened cynicism, and skepticism towards religion.

In 1991, Francis P. Church was portrayed by Charles Bronson in a film that was based on Virginia’s Story. In 1974, his character was voiced by Sidney Miller in an animated movie. His character was again voiced by Alfred Molina in a short animated film in 2009.