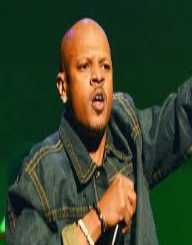 Chris Kelly was born on August 11th, 1978. Known to many as Chris "Mac Daddy" Kelly and for his success in the '90s rap industry. Kelly together with Chris "Daddy Mac" Smith made up the famous American rap duo called Kris Kross.

The duo hit the limelight in 1992 with their No. 1  hit song "Jump." Although he had such a short but impactful time in the industry, not much is known about the rapper.

Chris Kelly was born on August 11th, 1978. Kelly grew up in Atlanta, Georgia. Music producer Jermaine Dupri found Kelly and his friend Smith at the age of 13. The two were playing video games at a mall.

At the time, Kelly and his friend had no idea of Jermaine Dupri's potential although they were interested in becoming rappers. The duo had never been to a music studio before being found.

In 1992, Chris Kelly and Chris Smith came together to form the rap duo, Kris Kross. They then released the song "Jump," which became a big hit at the time. The song, written by Jermaine Dupri, remained on the top of the Billboard Hot 100 chart for eight weeks.

"Jump," emerged as one of the songs in the album Totally Crossed Out that went viral. The success of the album enabled Kris Kross to share the same stage with iconic artists like Michael Jackson. Furthermore, their fans also emulated their style of dressing.

Among other hit songs Kris Kross worked on included "Warm it Up." The two did not stop at that; they also released Kris Kross: Make My Video, a video game that did not make much-desired sales. They went further to record for Nickelodeon's Rugrats.

As time passed by, the two could not work on successful his as "Jump." In 1996, Kris Kross parted ways after releasing Young, Rich, and Dangerous album.

Chris Kelly further went to pursue music after leaving Kris Kross. During this time, he went back to school and learned how to be a studio engineer. In 2009, many thought Kelly had had cancer.

Despite their disintegration, Kelly and Smith reunited in 2013 for a performance in honor of Jermaine Dupri's label, So So Def.

Chris Kelly died on May 1st, 2013. He was only 34 years old, leaving behind a legacy in the music industry that many artists would embrace. His untimely death suspected to be as a result of a drug overdose.