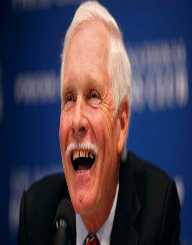 Conrad Hilton is one of the top American hoteliers who is known to have single-handedly established the Hilton Hotel chain. This hotel chain was the first of its kind during the Post-World War I era. He was born to a hardworking father who owned a store as well as her mother who understood the value of hardwork. His main aim at the outset of his life is to become a banker who is capable of making waves in the banking system.

Conrad Hilton, however, became a hotelier after watching visitors enter and leave a hotel. He recouped the investment and optimized the use of space to operate a hotel that gives additional benefits to the visitor. He acquired more than seven hotels before he almost became bankrupt during the Great Depression. He, however, did not allow his goal to be depressed by the great depression. He now has over 188 hotels in 38 countries apart from 54 overseas.

Conrad Hilton was born on the 25th day of December 1887 in San Antonio, New Mexico to Augustus Hilton and Genievie. His father is a Norwich migrant while his mother is a German-American. He happened to be the second of his father’s eight children. He later joined his father’s general store on profit sharing basis. However, he was forced out of business due to his lack of freedom. He later joined politics to express his freedom and career opportunity. He was elected to New Mexico’s legislatureAssembly on the Republican ticket.

Conrad Hilton served in the assembly for more than two terms, but his performance was malled by the red-tapism that is attached to the government. He was, however, frustrated. Upon the expiration of his terms, he returned to San Antonio where he raised money to start a bank. However, he sold his bank to join the war in 1917. Conrad Hilton served for two years in Quartermaster Corps, France before being discharged in 1919. He, however, decided to go to Texas for the advice of his friend.

Although Conrad Hilton had to set out to buy a bank at first, he dropped that idea to purchase Mobley Hotel in Cisco Texas. This hotel had more than 40 rooms but had to build more rooms for him to cope with the demands of the people. He is known for always digging for gold.; he used to get more from minimum space. He also believes in espirit de corps as he ensures that his staff is motivated to achieve the best of the best. Apart from this, he is known for always ready to give excellent service. He is always ready to do whatever will make him richer. The hotel kept on growing day by day and had no option but to buy some other hotels like Melba Hotel and the Waldorf.

Conrad Hilton later decided to build his hotel in 1924 calling it Dallas Hilton. He later built many other hotels in his name between 1924 and 1930. He however almost run out of cash and became bankrupt as a result of the Great Depression. He, however, worked his best to ensure that everything went right and was able to bounce back and better. He bought the old properties he sold and built Hotel Andaluz in Albuquerque, New Mexico is his first hotel outside Texas.

After this purchase, he kept on purchasing other hotel businesses which include Breakers, Sir Francis Drake, and Roosevelt Hotel among others. He later acquired the hotel which had the reputation as the largest in the world. He kept on digging for gold, acquiring more money and funds till he got listed as Hilton Hotel Corporation after founding it in 1946. He has a total of $9 million worth of stock which was the largest shareholder. He purchased his competitor for $111, 000, 000 and became successful before naming his son the President of the corporation. He, however, remained chairman of the board of directors until his death 13 years later.

His first major hotel was Dallas Hilton which has 14 stories and several services. It was reported to been built at the rate of $1, 360, 000 and was officially opened on 6, August 1925. He later acquired the largest hotel in the world as at then as well as other hotels. His book, Be My Guest, was published and is prominent among the hoteliers in the world.

Conrad Hilton Married Mary Barron with whom he had three children with. The two later separated in 1934 after some troubles. Hilton married Zsa Zsa whom he had a daughter with too, but this marriage did not end peacefully but in a divorce. He, however, married Mary Frances later in 1976, and this subsisted till 1979 when he died at age 91.