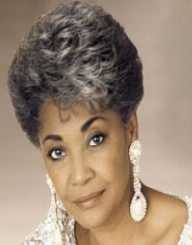 Three-time Grammy Award winner singer of blues, jazz, R&B, pop and soul, Nancy Wilson was born on February 20, 1937, in Chillicothe, Ohio, United States of America. She was the eldest of the six children born to Olden Wilson, an Iron Foundry worker and Lillian Ryan, a domestic maidservant. A music lover, her father, used to buy records to listen at home. Nancy grew up listening to the voices of singers like Nat Cole, Billy Eckstine and Jimmy Scott with Lionel Hampton's Big Band from an early age.

Nancy Wilson was also hugely influenced by the songs of LaVerne Baker, Ruth Brown, Dinah Washington and Little Esther that were played in the jukebox of the juke joint down on the block. At the tender age of 4, she discovered her singing talent while singing in the church choir and resolved to become a singer in the future.

Nancy Wilson attended the West High School in Columbus, Ohio, and won a talent contest sponsored by the local television station WTVN at the age of 15 while studying there. Her award was an appearance on a television show ‘Skyline Melodies’ that was aired twice a week. She eventually became the anchor of the show. After the completion of her high school graduation at 17 years of age, Nancy entered the Central State College (now Central State University) of Ohio. However, her passion for singing and her original ambition of becoming a singer led her to drop out from the college after one year.

Nancy Wilson auditioned for Rusty Bryant's Carolyn Club Big Band in 1956 and was selected to be a part of the Band. From 1956 to 1958, Nancy toured with the Band throughout Canada and the Midwest. She made her first recording under Dot Records. During her tour with the Band, she met famed jazz saxophonist Cannonball Adderley, who gave her some valuable advice about shaping her career. As per the recommendation of Cannonball, she moved to the big city of New York in 1959 to advance her career and was very quick in securing a recording deal with Capitol Records.

Initially, after moving to New York, Nancy Wilson received an excellent opportunity to sing for a reputed nightclub, The Blue Morocco situated on Boston Road in The Bronx. She was to sing four nights a week for the club on a permanent basis as a replacement of the singer Irene Reid. During daytime, she got a job as a secretary for the New York Institute of Technology.

Cannonball Adderley’s manager John Levy heard her singing in the nightclub and signed Nancy Wilson as his client. John Levy recorded the demos of "Guess Who I Saw Today," "Sometimes I’m Happy," and two other songs for Capitol Records and Capitol, in turn, made a contract with Nancy in 1960. She made her debut with the single "Guess Who I Saw Today" later in that year. The single was a runaway hit. Capitol Records released five Nancy Wilson albums within a span of the next two years as a result of the grand success of her debut single. The initial focus was on rhythm and blues.

However, under the influence of Cannonball, the focus gradually shifted from R&B and moved towards Jazz and Torch songs. Her first album ‘Like in Love’ showed her talent in Rhythm and Blues whereas the 1962 album ‘Nancy Wilson & Cannonball Adderley,’ a collaboration between the two musical greats, displayed exceptional quality of jazz and ballads music. This album pushed Nancy to the top as she gained national prominence and came out with another breakout hit ‘Tell Me the Truth’ in 1963.

At this juncture, Nancy Wilson started performing in two of the most prominent nightclubs of America, Coconut Grove of Los Angeles and Sahara Hotel of Las Vegas. She performed 40 weeks per year and two shows per night at these big nightclubs and soon became a star. In 1964, she released her most celebrated song "(You Don't Know) How Glad I Am" which reached #11 on Billboard's Hot 100 singles chart. Within the next eight years, from 1963-1971, Nancy produced eleven songs which hit the Billboard Hot 100.

Four of her albums were also placed in Billboard's Top LP charts between March 1964 and June 1965. Her LP "How Glad I Am" won the first Grammy Award for her for best R&B recording. In 1968, Nancy Wilson appeared on Adderley's live album ‘In Person.’ She continued to record her songs even in the 21st century and eventually retired from live performance in 2011.

Nancy Wilson won her first Grammy Award in 1964 for the best rhythm and blues recording for the album ‘How Glad I Am.’

She was declared the Global Entertainer of the Year by the World Conference of Mayors in 1986.

Nancy Wilson was inducted into the Big Band and Jazz Hall of Fame in 1999 and the International Civil Rights Walk of Fame in 2005.

In 1993, she received an award from the Martin Luther King Jr. Center for Nonviolent Social Change.

Nancy Wilson is a recipient of the NAACP Image Award – Hall of Fame Award in 1998.

She received the highest honours for jazz musicians of the United States, the National Endowment for the Arts (NEA), NEA Jazz Masters Fellowships award in 2004.

The album ‘Turned to Blue’ (2006) won the third Grammy Award for her for best jazz vocal album.

Nancy Wilson married her first husband, drummer Kenny Dennis in 1960. The couple was blessed with a son, Kenneth (Kacy) Dennis Jr. in 1963. They were later divorced in 1970. Nancy again married on May 22, 1973, this time to a Presbyterian minister, the Reverend Wiley Burton. In 1975, their daughter Samantha Burton was born, and in the following year, the couple adopted Sheryl Burton.

After recovering from a complication of anemia and potassium deficiency in August 2006 and from some lung complication in March 2008, she is claimed to be doing well. Her parents died in 1998 and husband Burton died in 2008 after suffering from renal cancer.