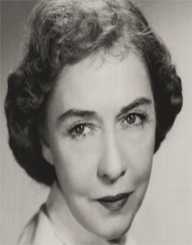 Dorothy Elizabeth Gish was born 11th March 1898, to James and Mary Gish. She was born in Dayton, Ohio, in the United States. Gish had an older sister called Lillian, and the two girls were raised by their mother after their father abandoned the family.

Around 1910, a childhood friend of the sisters, Mary Pickford, introduced them to a director by the name of D. W. Griffith. They began acting work for Biograph Studios. Dorothy Gish’s debut movie was An Unseen Enemy in 1912. She went on to do at least 12 other films that year.

In 1918, Gish starred in Hearts of the World. She had a comedy role, and at last, she found her niche. Her character was the film’s highlight, and she became an instant success as a star in comedy movies. While her sister took on “tragic” roles, Gish went full steam ahead with her comedy roles, and the public loved her.

When movies turned from silent to talking, Dorothy Gish made one in 1930 called Wolves, but she then took a break from filming and returned to the stage. She starred in a production of Young Love in New York, followed by a production in London, both of which met with resounding success. In 1939, Gish and her sister saw a production in New York called Life with Father. Lillian took the lead role with one company; Gish took the same lead role with a second company. Both companies toured extensively through the U.S.

When television came out, Dorothy Gish took advantage and appeared on different shows. Although Gish acted in well over 100 movies, she only made five after 1930. These included The Magnificent Yankee (1946), and The Cardinal (1963).

Dorothy Gish was awarded a star on the Hollywood Walk of Fame.