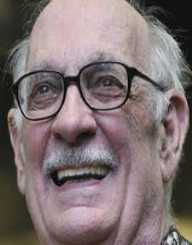 George Crumb is an American artist who shocked the musical world by his uniqueness in the blending of musical notes and style.

George Henry Crumb was born on October 24, 1929, in Charleston Virginia. His love for music came early in life. His father was a musical conductor. Seeing his father produce music daily, Crumb got the motivation to do music himself. He started composing his rugged Appalachian songs when he was barely a teenager.

After completing his high school education, George Crumb enrolled at the University of Charleston. In 1950, he earned his first degree in music. He went along to graduate with a Master in Music in 1952. This was at the University of Illinois. In his quest to advance in music, he went to Berlin from 1954 to 1955.

As an exchange student in the Fulbright Program, he studied various styles of European musical compositions. When he returned to the US, Crumb further advanced his education. He finally got his Ph.D. in Musical Arts in 1959.

As early as 1947, George Crumb was already recording his compositions. His song Three Early Songs was done in 1947 when he was only 18 years. His ingenuity was manifested by his diverse compositions. He moved from solo compositions to orchestras, from vocals to piano with a lot of fluidity.

Crumb started with the traditional piano and acoustic guitar. His later incorporated exotic instruments like banjos and percussions. He went as far as blending in the Tibetan praying stones to fuse a blend of music so erratic, yet very captivating. He became America’s unique composer.

In his musical life, George Crumb can be termed as a disciple of Federico Garcia Lorca. Lorca was an accomplished Spanish poet. In nearly all of his compositions, Crumb had a trace of Lorca’s poetry in the lyrics.

The Four Books of The Madrigal was done in four years. This was from 1965 to 1969. This was followed by Songs, Drones, and Refrains of Death. This composition was released in 1968. Another of his Lorca’s influenced production was Ancient Voices of Children. This was done in 1970. Other notable compositions are Black Angels and Music for a Summer Evening.

Crumb worked with several other artists in his ensembles and large orchestras. Notable names such as Anton Webem graced his band.

George Crumb actively continued composing until 2002. He has of recent been out of the limelight with minimal productions. Even without any new creations, Crumb is still active in tours and performances. Crumb has some few songbooks in his name.

George Crumb is a respected recipient of global music awards. In 1968, he won the Pulitzer Award for Music. This was after his composition Echoes of Time, and the River won the top prize. He did it again in 2000. Crumb won the top prize in the Grammy Award. His production Star Child beat all nominees to win in the Best Contemporary Composition category.

George Crumb has three children. But only two of them are in the public eye. These are his son is David, and daughter Ann. Following in the shadow of their father, the two are accomplished artists of no mean reputation. David is a prolific musician. He also lectures at a university. The daughter Ann is a talented actress and songbird.

He is currently residing in Pennsylvania aged 88 years.

George Crumb's style of music attracted both praise and criticism in equal measure. Despite the criticism, Crumb went forth with his music. His works have been re-recorded by other artists, decades after he released them. The album Black Angels was reproduced by the group Kronos Quartet. His daughter Ann reproduced Three Early Songs on the digital CD platform. Recording labels are still reproducing his earlier compositions to date. He has been awarded honorary degrees from several universities in the US.