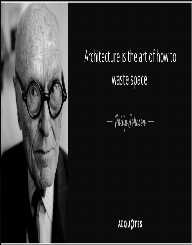 Born on July 8, 1906, Philip Johnson was a talented American architect whose works of Modern architecture gained him fame. Philip Johnson is known spectacular architectural designs like the Glass House in New Canaan, Connecticut and other postmodern works like his design with John Burgee for 550 Madison Avenue previously known as the AT&T Building and then the Sony Building. His architectural works won him awards like the American Institute of Architects Gold Medal in 1978 and the first Pritzker Architecture Prize in 1979.

Philip Johnson was born on July 8, 1906, in Cleveland, Ohio to Homer H. Johnson.John was descendent of the Jansen family of New Amsterdam and a member of the Huguenot Jacque Cortelyou ancestry who draw New Amsterdam’s first town plan Peter Stuyvesant. Philip Johnson was educated at the Hackley School in Tarrytown, New York. After graduation, Philip Johnson enrolled at the Harvard University, where he learned Philosophy, philology, history, and Greek.

Philip Johnson graduated in 1927 and took on to some trips in Europe with visits to the landmarks of classical and Gothic architecture. He later joined the architectural historian, Henry Russell Hitchcock, who was at the time introduction America to work of modernists like Le Corbusier and Walter Gropius. His meeting with Ludwig MiesvanderRohe, who designed the German Pavilion for the 1929 Barcelona International Exposition set a lasting friendship between them as the two collaborated in some instances.

Philip Johnson joined the joined the Museum of Modern Art architecture department in 1930. While there, he negotiated for the Mies van der Rone first American commission and also arranged Le Corbusier and Walter Gropius American visits.

Two years later, worked with Henry-Russell Hitchcock and Alfred H. Barr, Jr toorganise the maiden first exhibition on Modern architecture at the Museum of Modern Art in 1932. This and the publishing of the book "International Style: Modern Architecture Since 1922" was a major beginning in introducing modern architecture to the American public. During the period ofthe Great Depression, Philip Johnson briefly ventured into journalism in 1936 and left the Museum of Modern Art. He then flew to Berlin as a correspondent for Father Charles Coughlin’s radically populist and anti-Semitic newspaper Social Justice.

During his report, he observed the Nuremberg Rallies in Germany and reported on the invasion of Poland in 1939, through the sponsorship of the German government. The New York Times as reported, his coverage and expression during this period as “more than passing admiration for Hitler.” He later left journalism and enrolled in the Harvard Graduate School of Design in 1941. His first design and building were a house at 9 Ash Street in Cambridge, Massachusetts in 1941, which still exists.

The World War II interrupted Philip Johnson’s studies as he enlisted in the American Army in 1941. However, this came with some scrutiny per his formal record and support for Coughlin who did not support American engagements in the war. Also, his contacts with the German government was thoroughly scrutinized by the FBI and was later cleared to join the army. All his services during the war were done in the United States.

After his military service in 1946, Philip Johnson returned to the Museum of Modern Arts as a writer and curator. During this time, Philip Johnson learned on the job started practicing architecture. In 1946, he built a small house in Sagaponack, Long Island, in the style of Mies van der Rone. This was followed it with his famous Glass House in New Canaan, Connecticut, which he built for himself and completed in 1949. The house has since become a landmark for modern architecture was influenced by Mies van der Rohe’s Farnsworth House. After the Glass House, Philip Johnson also worked on two other houses, which were just like Mies, the Hodgson House, 1951 and the Wiley House in 1953. He made an architectural sculpture garden for the Museum of Modern Art in New York in 1953.

In 1956, Philip Johnson Mies van der Rohe as the New York associate architect for the building of the 39-story Seagram Building. Johnson’s friendship and working relationship with the daughter of the CEO of Seagram Phyllis Lambert help in getting the project for Mies. While Mies designed the building, Johnson also designed the interiors of the Four Seasons and Brasserie restaurants.

After Seagram, Philip Johnson built Synagogue of Port Chester New York, the Roofless Church in New Harmony, Indiana with a mushroom-shaped roof covered with wood shingles,1960, and the Art Gallery of the University of Nebraska, 1963. Philip Johnson had his first foreign commission with the modernist art museum in Bielefeld, Germany in 1968. Philip Johnson later partnered with architect John Burgee in 1967 to work on commission works. The two worked on series of skyscrapers, including the IDS Center in Minneapolis in 1973 and the two towels of Pennzoil Place in Houston, Texas.

Philip Johnson completed works on The Crystal Cathedral in Garden Grove, California in 1980, which came in an amazing new style. The building became a landmark for Southern California, and it is currently the cathedral for Orange County as the Roman Catholics Diocese of Orange purchased it in 2012. Philip Johnson then worked with Burgee on one of his most famous buildings, the AT&T building, which became the Sony Building and currently 550 Madison Avenue. It became the famous example of postmodern architecture due to its size and location. During this period, the duo also built the postmodern skyscraper, the Bank of America Centre formally the Republic Bank Center in Houston in 1983. From 1979 to 1984, they completed the headquarters of the Pittsburgh Plate Glass company, the PPG Place.

Philip Johnson and Burgee formed a firm and had an office in their new building, the Lipstick building on 885 Third Avenue in New York. As Burgee wanted to play a majority role in the firm, Philip Johnson owned smaller portion of the firm. With this Burgee was able to push him out completely in 1991 as Philip Johnson took over the chief executive of the firm. After Johnson left, the firm faced crisis and was forced by an arbitration decision into bankruptcy.

Philip Johnson later opened an office in the Lipstick Building. Some of his projects during this period was the Cleveland Play House for the Architecture School at the University of Houston, designed the Museum of Television and Radio currently the Paley Centre for Media in 1991 as well as the Trump Place in Riverside South, Manhattan. Others are the One Detroit Center in Detroit Michigan from 1991 to 1993, the Gate of Europe at Plaza de Castilla in Madrid, Spain and the Pennsylvania Academy of Music building in Lancaster, Pennsylvania.

Philip Johnson won an American Institute of Architects Gold Medal in 1978. The following year, he received the Pritzker Architecture Prize, becoming to first to receive it.

Philip Johnson was an openly gay and his partner was David Whitney. He died on January 25, 2005, in his sleep during a retreat at his Glass House at age 98. David also died at age 66. He openly made his sexual orientation known in 1993 and was regarded as "the best-known openly gay architect in America."