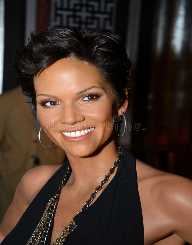 Halle Maria Berry is an award-winning American actress and model born on August 14, 1966. Her talent coupled with performance and dedication to the role made her one of the highest-paid actresses in Hollywood in the 2000s. Before going into acting, Berry pitched a career in modelling and contested in several beauty pageants. She was the runner-up in the Miss USA in 1986 and went on to partake in the Miss World placing sixth. She was also the spokesmodel for Revlon. Making her acting debut in 1989 in the series Living Dolls, Berry has chalked lots of successes winning several awards including Academy Award for Best Actress, Golden Globe, and Emmy Awards.

Maria Halle Berry was born on August 14, 1966, to Judith Ann and Jerome Jesse. She is the second child of her parents. At age five her name was reorganised to become Halle Maria Berry. Her mother solely raised her from age four after her parents divorced. His father was a very abusive person who abused her mother on a daily basis.

Halle Berry was educated at the Bedford High School where she was involved in several activities including cheerleading, prom queen and also served as an editor of the school's newspaper. After graduating from high school, she worked briefly worked at the children department at the Higbee’s Department store. She later continued her education at the Cuyahoga Community College.

Halle Berry started a career in modelling in the 1980s and therefore contested in several beauty pageants. In 1985 she contested and won the Miss Teen All-America and a year later won the Miss Ohio USA. Berry continued to contest in the Miss USA where she ended up as a runner-up and made it to the Miss World in Trinidad and Tobago and finished at the sixth position. To pursue a career in acting, Berry moved to New York in 1989 where she later had to sleep in an abandoned building because she was out of cash.

A few months later, Halle Berry had her debut role in the series Living Dolls in which she plays model Emily Franklin. The series was short-lived, so she made her way to Los Angeles where she had a role in the primetime series Knot Landing. After playing other television series roles, she made it onto the big screen playing a minor role in Jungle Fever, 1991. It was soon followed by a role in Strictly Business in 1992. Berry started having recurring characters and played in Boomerang, Queen: The Story of an American Family, Losing Isaiah and Race the Sun.

Halle Berry had played several roles but began to gain the needed recognition in films like B*A*P*S, Bulworth, Why Do Fools Fall in Love and Introducing Dorothy Dandridge which earned her a Golden Globe and an Emmy Award. She has also starred in films like X-Men: The Last Stand, 2006, Swordfish. With her role in Swordfish, she appeared topless for the first time in a movie though she initially declined; her fee was top-up with $500,000 for that shot a claim she later denied.

Halle Berry finally achieved the enviable feat in any actors’ career by winning the Academy Award for Best Actress in 2001 with the film Monster’s Ball. In the film, she played the role of Leticia Musgrove a distressed woman whose husband has been executed. She became the first black woman to win the award in that category. Her roles also won awards like the National Board of Review and Screen Actors Guild.

After receiving all the honours and goodwill which came with the Academy Award, Halle Berry went back to the set to shoot the blockbuster Die Another Day in 2002 and Gothika in 2003 in which she broke her arms during the shooting for the movie to be delayed for eight weeks. In 2005, Berry was paid $ 12.5 million for the film Catwoman which performed poorly at the box office. A movie which cost $ 100million grossed just $17 million in its first week. Berry received the Razzie Award for Worst for her role.

Halle Berry later played a role in Their Eyes Were Watching God which was produced by Oprah Winfrey for ABC television. She was nominated for an Emmy for the role. In 2009 she played Frankie Murdoch in the film Frankie and Alice. Her role won her the African-American Film Critics Association Award for Best Actress. At the peak of her career, Berry became one of the highest-paid actresses in Hollywood making around $10 million per film. Her worldwide box office gross was estimated at $3.3 billion as at 2013.

Halle Berry also did some production works some of which she also starred. In 2007 she starred in her production Perfect Stranger with also featured Bruce Willis. The Same year, she came out with Things We Lost in the Fire alongside Benicio del Toro. In 2005, she was the executive producer for the television drama Lackawanna Blues and also Introducing Dorothy Dandridge in 2009. To enhance her production works Berry partnered with Elaine Goldsmith-Thomas to establish the production company 606 Films.

Halle Berry in 1989 entered into a romantic relationship with a dentist John Ronan but broke up in 1991. Two years after the breakup, Ronan filed an $80,000 lawsuit against Berry for unpaid loans. Ronan claimed Berry had taken the money to launch her career but Berry felt the contrary. To her, the money was a gift and never had an agreement to pay it back. Ronan claims were later dismissed because he had not listed Berry as a debtor when he filed for bankruptcy in 1992.

Halle Berry also dated a couple of people in Hollywood, but the names are her top secret. In 1993, she married baseball player David Justice and officially divorced on June 24, 1997, after a year of separation. On January 24, 2001, she married singer and songwriter Eric Benet but that also lasted for just two years as they separated and officially divorced on January 3, 2005.

Berry later that year jumped into another relationship with a French Canadian model Gabriel Aubry. They had a daughter in 2008 but in 2010 the two announced their separation. After their divorce, the two contended on who to have custody of their daughter, and it was agreed to be joint custody. However, Berry started a new relationship with French actor Oliver Martinez and decided to move to France with her daughter who became a considerable law banter gaining prominence in the media. After the case was settled Berry married Martinez on July 13, 2013, and had son October that year. The two however divorced in December 2016.

For her contribution to the film industry, Berry was awarded a star on the Hollywood Walk of Fame at 6801 Hollywood Boulevard just in front of the Kodak Theatre.