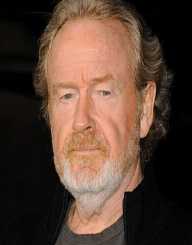 Sir Ridley Scott is an English film director and producer. Born on November 30, 1937, his movies are acclaimed for their richness in details and visual style. Developing the passion for filmmaking from childhood, he started his career making short films before going into feature films. Scott films are set on historical, contemporary, and future period. He had a commercial breakthrough with the sci-fi horror film Alien and continued with films like Blade Runner, Gladiator, and The Martian. Gladiator won Academy Award for Best Picture. His other works include Robin Hood, Kingdom of Heaven and Black Hawk Down. Scott was knighted in 2003 for his"services to the British film industry".

Ridley Scott was born on November 30, 1937, in South Shields, County Durham in North East England. He was born to Elizabeth (Williams) and Colonel Francis Percy Scott. Since his father was an officer in the Royal Engineers, he had less contact with him as a child, and he was brought up by his mother. His elder brother also enlisted in the British Merchant Navy, and his younger brother Tony became a film director. During the World War II, the family moved from one place and lived in areas like Cumberland, Wales, and Germany. After the war, the family settled in Hartburn, County Durham.

Ridley Scott gained interest in science fiction through reading the book of H. G Wells. He received education at Grangefield Grammar School and later at West Hartlepool College of Art in 1954. He graduated with a diploma in design in 1958. He then enrolled at the Royal College of Art, London, where he helped establish the college film department and contributed to the college magazine ARK. He made the black and white short film, Boy and Bicycle, starring his father and younger brother as his final project, graduating in 1963.

After graduating from school, Ridley Scott worked as a trainee set designer with the BBC. While there, he worked on the science fiction series Out of the Unknown and the police series Z-Cars. Scott began directing episodes of television series for the BBC in 1965.

Ridley Scott and his younger brother Tony founded the film and commercial production company, Ridley Scott Associates in 1968. He worked alongside Hugh Hudson and Alan Parker. Working on series commercials, Scott landed his first feature film by directing The Duellists in 1977. The film was successful receiving good reviews despite not being commercially successful internationally. It won the Best Debut Film award at the Cannes Film Festival.

In 1979, Ridley Scott earned the job of directing the horror science fiction film Alien, which became commercially successful grossing $104 million worldwide. Scott next work was Blade Runner, a film adaptation of Philip K. Dick’s novel Do Androids Dream of Electric Sheep? Starring Harrison Ford. The film was poorly received at the cinema in 1982 but is regarded as a classic. Scott directed the fantasy film Legend, 1985, starring Tom Cruise, Mia Sara and Tim Curry. His works include Someone to Watch Over Me, 1987, starring Mimi Rogers and Tom Berenger, Black Rain, 1989, and Thelma & Louise, 1991, starring Susan Sarandon and Geena Davis, which earned him a nomination for the Academy Award for Best Director.

In 2000, Ridley Scott directed the historical drama Gladiator, which was critically acclaimed and received tremendous commercial success. The film won five Academy Awards including Best Actor for Russell Crowe and Best Picture. Scott was nominated for Best Director. He followed the success with Hannibal, 2001, starring Anthony Hopkins, Kingdom of Heaven, 2005, A Good Year, 2006, and Body of Lies, 2008 starring Leonardo DiCaprio.He then directed Robin Hood, 2010, starring Russell Crowe and Cate Blanchett and a prequel of Alien called Prometheus, 2012. His latest works include The Martian, 2015 starring Matt Damon, which was commercially successful grossing $630 million worldwide. Other works include Alien: Covenant, 2017, and All the Money in the World.

Ridley Scott married thrice first to Felicity Heywood in 1964. The couple had two sons Luke and Jude and divorced in 1975. In1979, he married Sandy Watson, an advertising executive. They had a daughter Jordan Scott. They divorced in 1989. He since dated actress Giannina Facio and married in 2015. He is an atheist.

For his service in the British film industry, Ridley Scott was appointed Knight Bachelor in 2003. He received the BAFTA for Outstanding British Contribution to Cinema along with his brother Tony in 1995. He was also honoured the BAFTA Fellowship for lifetime achievement in 2018. In 2007, Scott was inducted into the Science Fiction Hall of Fame.