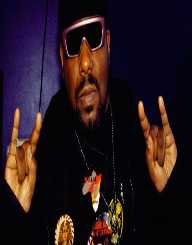 Afrika Bambaataa was born as Kevin Donovan on 19 April 1957, in South Bronx, New York, United States. He was raised by his activist mother and an uncle, both members of the ‘Black Liberation Movement.’ There were ideological differences between the members and as a child Bambaataa witnessed many such arguments and debates between his mother and uncle. His mother possessed an extensive and diverse collection of musical records. He was exposed to the world of music through this collection from an early age.

The immediate vicinity of his neighbourhood was agog with a host of community service activities including health care programs and resisting the drug dealers access to ordinary people. The people doing such community services are referred to as local gangs, and Bambaataa too joined in such a group called ‘Young Spades.’ Soon, he became an essential member of the band and assumed the leadership of a division. Under his able leadership, Young Spades recruited more members and became the number one gang in the town both regarding membership and area of operation.

Afrika Bambaataa went on a trip to Africa after winning an essay contest. The visit to Africa spelt a sea change in his worldview. He was very much impressed after watching the movie ‘Zulu.’ He visited the communities residing in Africa and was very keen to form such communities in his hometown in America. Taking inspiration from the South African Zulu Chief Bhambatha, who was instrumental in leading an armed uprising against unfair economic practices in the early twentieth century in his own country, he changed his name to Afrika Bambaataa Aasim. He then formed the ‘Bronx River Organization’ as an alternative to his ‘Young Spade’ gang.

During the second half of the 1970s, Disc jockeys such as Kool Herc and Kool Dj Dee were gaining popularity by playing their hip-hop music genre. Around 1976, Afrika Bambaataa started organizing hip-hop parties with hip-hop music as the main attraction. He realized that music could be used as an active device to deviate people’s mind from getting involved in crimes and drugs etc. His newly formed musical troupe ‘Universal Zulu Nation’ comprised of many artists who were keen to bring social changes through music.

Famous rap artist Fab Five Freddy invited Bambaataa to play music at different clubs of Manhattan frequented by the Whites. Bambaataa continued playing music in large social gatherings and immediately began gaining popularity for his style of music. In the 1980s, he was regarded as one of the best musicians in the Bronx area of New York City and was nicknamed ‘Master of Records.’ During this period, he came up with two rap crews, ‘Jazzy 5’ and ‘Soulsonic Force.’

The first of Bambaataa’s genre-defining electro track album ‘Planet Rock’ was released in 1986. The album was created using the latest electronic musical devices manufactured by some of the pioneering Japanese and German musical instrument industries. The song created a storm among the music lovers and went on to become a chartbuster showering all-round praise on Bambaataa. Within two years, he came up with two more albums, ‘Looking for the Perfect Grenade’ and ‘Renegades of Funk.’  The 1984 movie ‘Beat Street’ cast Bambaataa along with many other contemporary hip-hop musicians.

An anti-apartheid album called ‘Sun City’ was created and released in 1985 by Afrika Bambaataa in collaboration with some popular names of the music industry like songwriter Little Steven Van Zandt, the popular band ‘U2’, singer Joey Ramone and a few others. The album received rave reviews from the critics.

In 1988, Bambaataa inked a deal with famous music label Capitol Records. His album ‘Afrika Bambaataa and Family’ was sponsored by Capitol Records where singers like Boy George, Nona Hendryx, and others also participated and lent their voices to different songs. They also worked on tracks like ‘Beware’ and ‘Funk You.’

Extending his work for the social and political causes, Afrika Bambaataa celebrated the release of renowned political and anti-apartheid leader Nelson Mandela from prison by organizing a concert at Wembley Stadium, London in 1990, jointly with Gee Street Records and John Baker. The show was held by the African National Congress (ANC) to honor Nelson Mandela’s release from prison. It was a remarkable concert with both British and American rappers participating in unison. Both Nelson and Winnie Mandela appeared in person at the concert and were introduced to the hip-hop audiences along with the members of ANC.

In the mid-1990s, Afrika Bambaataa went back to his electro roots, and in 1998, he came up with a remix version of ‘Planet Rock.’ He combined electro and house music elements in the remix and titled it ‘Planet Rock ‘98’. It is considered as an early example of ‘Electro House Genre.’ In 2000, American Band ‘Rage of The Machine’ adopted his song ‘Renegades of Funk’ for their album ‘Renegades’.

In the new millennium, Bambaataa collaborated with singers like Jamelia and music bands like ‘Westbam’ and ‘Leftfield’ and came up with new songs like ‘Afrika Shox’ and ‘Do Me Right.’ On August 14, 2012, Bambaataa was appointed as the visiting scholar by the Cornell University Library’s Hip-hop collection and the Department of Music for a three-year term.

Afrika Bambaataa's music career spanned almost four decades with more than a dozen albums to his credit. His music crossed the boundary of mere entertainment. He used his music to create an environment of communal harmony and also expressed his opinions on political and social issues. He has many nicknames including ‘The Godfather,’ ‘Amen Ra of Hip Hop Kulture’ and ‘Father of Electro Funk.’

On May 6, 2016, Afrika Bambaataa was dismissed as Chief of the Zulu Nation following an allegation of sexual abuse against him which he denied. The charge was made by Bronx activist Ronald Savage followed by a few more. The 60-year-old never got married and maintained secrecy about his personal life.