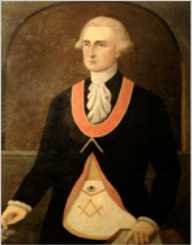 George Washington is the first president of the United States. He was born on February 22nd, 1732. His place of birth was in Virginia, Westmoreland County. As a president, he served from 1789 to 1797. He died at the age of 67.

While George was still young, he was a surveyor. In 1748, he began working as a planter. One year later, he took up the career of a surveyor, this time working as Culpeper County surveyor.

Washington had a half-brother, Lawrence who was older than him. After his death in 1752, Washington took over as his brother’s successor. He was the assistant officer in the colony. At the mere age of 20, Washington had been made Major and therefore was recognized as Major Washington. This was after he had been appointed as district adjutant general in 1752. His chief work was to train the militia. At the age of 21, he was the Freemasons Master and was therefore identified as Master Mason.

While rising in his career path, George Washington was made lieutenant colonel in 1754. After this promotion, his first mission was to push out the French troops from Fort Duquesne. Unfortunately, Washington did not succeed in this task. He later resigned from his post as he could not tolerate the new Virginia militia. In 1758, he also resigned from the army and dedicated his life to working as a planter and forging a political career.

In 1759, George Washington married Martha Dandridge Custis. She was a widow. Martha had two children from her previous marriage, John Parke Custis, and Daniel Parke Custis. These are the kids that they raised together as the couple never had their children. The effect of marrying a wealthy widow gave Washington the recognition that would make him one of the wealthiest individuals in Virginia.

With the American Revolution already running in 1775, the Congress had to deal with this. During the same year, the Congress established the Continental Army and George Washington was appointed the Major General. He was also commander in chief of the war. He earned this position as he was considered a true patriot.

During this time, there was an on-going Boston siege. They were profoundly disadvantaged as they lacked sufficient workforce and weapons. Regardless of this, George Washington managed to push the British Troops out of Boston. Later, he also emerged victorious as his army marched into the New York City. He was a significant hero as a result of this achievement.

In 1776, war broke out again, and the British troops were now under the dominant force of General William Howe. These soldiers wanted to take back New York City. They managed to defeat George and his Continental Army forcing them to move back to their original location.

After this first defeat, George faced some losses in the wars that he fought. This lead to demands insisting that he should be removed from his position. Fortunately, he was still supported after a rally was held. George’s army conspired with the French army in what led to their famous victory in 1781. Both armies captured the British Troops and later forced them to throw in the towel.

Early November, the American army was disbanded. George Washington had acquired back New York City, and he bid his last farewell to his fellow soldiers. He officially resigned in December the same year after having forced the British troops off New York City.

In 1787, Washington attended the constitutional convention after receiving the invitation. He was chosen to represent the conference as its president. After this, the American Constitution was born. George Washington was therefore elected as the first ever president of the United States.

George Washington took an oath of office on 30th April 1789. This was under the new constitution that had been formed. Washington made history by receiving 100 electoral votes. With regards to his salary, he had rejected the idea of being paid at first.

Later, he changed his mind as he did not want to set specific standards for upcoming presidents after him. It is from his excellent ruling techniques that George Washington was re-elected in office for his second term.

During George Washington’s departure, he gave out an inspiring speech that majorly revolved around America’s goal of morality and unity. Washington advised that the United States should foster growth by concentrating on building the firm friendship with neighboring nations. He retired from the presidency in 1797. After his retirement, he went back to his old farming career.

George Washington’s journey came to an end on 14th December 1799. He died at the age of 67. Before his death, he was fighting cold and fever. He was later diagnosed with quinsy, a kind of a throat infection. He was buried in Mount Vernon.