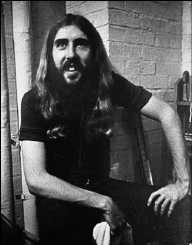 Berry Oakley was born on April 4, 1948. He was an American bassist. He was also one of the founding members of the Allman Brothers Band.

Berry Oakley was born on April 4, 1948, in Chicago, Illinois, United States of America.  He was raised in the suburb of Park Forest in Illinois. He later moved to Florida where he met Dickey Betts. He joined his band which was known as ‘The Second Coming.’

In 1969, Berry Oakley co-founded The Allman Brothers Band along with guitarists Dickey Betts and Duane Allman, singer Gregg Allman who was also a keyboard player, drummer Butch Trucks and percussionist Jai Johanny Johanson. He was known for his love of the bass guitar, and his long, melodic bass runs. The songs ‘In Memory of Elizabeth Reed,’ ‘Whipping Post’ and ‘Mountain Jam’ capture his expertise with the bass guitar. He strived to maintain peace and unity among the band’s extended family. In 1971, Duane Allman died in a motorcycle accident, and the incident devastated Berry. He nicknamed his guitar ‘The Tractor Bass.’ The guitar was a Fender Jazz Bass with a Guild Bass pickup.

Berry Oakley was married to Linda Diane Oakley, but they divorced later on. He had two daughters called Britanny Ann Oakley and Candace Oakley. He also had a son Berry Duane Oakley. He died on November 11, 1972, in Macon, Georgia. He died at the age of twenty four.