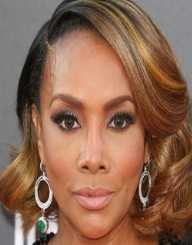 Vivica Anianetta Fox was born 30th July 1964, to William and Everlyena Fox. She was born in South Bend, Indiana, in the United States. Her father worked in administration for the education sector, and her mother worked in the pharmaceutical industry.

Fox studied at Arlington High School and graduated in 1982. It was, however, several years before she started college.

Fox didn’t start college until 1988, and she moved to study at Golden West College in California. She graduated with a degree in Social Sciences.

Around the same time she moved to California, Vivica A. Fox began her acting career. Her debut was on Days of Our Lives, and her film debut was in a movie called Born on the Fourth of July in 1989. Days of Our Lives was a hugely successful soap opera, and it was loved by millions around the world.

Fox’s visibility grew as she appeared on some of the most well-known television shows in the 1990s, and these included Beverly Hills, 90210, Matlock, and Family Matters.

Although she has acted in many movies and television series, Fox did hit a stale patch towards the end of the 2000s when she was in several films that got panned by the critics.

Not only is Fox an actress, but she has also produced several movies and television shows.

In 2018, Fox published her autobiography, called, Every Day I’m Hustling.

Nominated for 18 awards during her career, Vivica A. Fox has won the following: