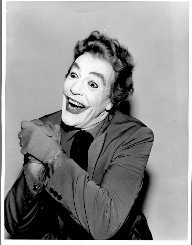 Cesar Julio Romero Jr. was born on February 15th, in 1907 in the New York City in the U.S. He earned his fame for being an American actor, dancer, singer and a comedian. Romero was born to a well-off Cuban family. He began his career by performing in nightclubs and before he knew it, he was on Broadway stages.

Cesar Romero was born on February 15th, 1907. He was the son of Maria Mantilla and Cesar Julio Romero Sr. Romero’s parents were among the social elite individuals in the society. He was introduced into early acting while he attended Riverdale Country schools. His first appearance was playing one of the lead roles in The Merchant of Venice play. While he was still in his teens, he crossed paths with Lisbeth Higgins and together they formed a dancing partnership. The pair went ahead to carry out several performances in nightclubs and a number of theatres. Working solo, Romero also featured in several Broadway productions.

His debut role in the movie industry came in 1934. During this time he was featured in the film The Thin Man – 1934. Cesar Romero went on to feature in several other films during the subsequent years. Some of the films he featured in performed well while others performed dismally. The Devil is a Woman – 1935 was classified as a box office disaster owning to its miserable performance. A year later, he featured in a well-received comedy film called Love Before Breakfast.

Shortly after, salary issues came in the way of his acting career and Romero had to quit working with Universal Studios. This made him change to 20th Century Fox. He featured in different movies within the production company for the coming 15 years. During the late 1930s and early 1940s, he starred as Cisco Kid in some films such as The Cisco Kid and the Lady – 1939 and Viva Cisco Kid ¬-1940.

At the beginning of World War II, Romero had to suspend his acting career to pave the way for his military call as a U.S. Coast Guard. He served for three years before later returning to the career that he was destined to do, acting.

Part of Romero’s acting career success was attributed to his TV role. He featured in the TV series called Batman in 1966. This series was highly acclaimed, and as a result, it also earned Romero nationwide recognition. Other cast members in the TV series were the likes of Julie Newmar, Burt Ward, Vincent Price and Roddy McDowall. Other notable TV roles that Romero featured in include Chico and the Man – 1977, Falcon Crest – 1985 to 1988. In addition to the mentioned TV appearances, he starred in several other shows such as Chase -1973, Medical Center – 1975, Fantasy Island – 1979, Hart to Hart – 1983, and many more.

In spite of a successful acting career, Cesar Romero never married anyone. Moreover, he also did not have any children. This made him earn the nickname “confirmed bachelor.”

On the first day of 1994, Cesar Romero passed away. He suffered complications arising from blood clotting during his earlier treatments for pneumonia and bronchitis. He was 86 years old at the time of his death.