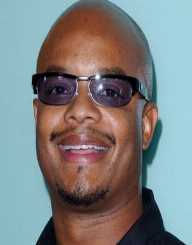 Actor and comedian Todd Bridges was born on the 27 May 1965 in San Francisco, California to Betty Pryor and James Bridges Sr. He was born into an acting family. His mother was an actress and director and his father a talent agent. Various other members of his extended family also worked in the ind

As a child actor, he appeared in television commercials and television shows such as The Love Boat and Barney Miller.

Early television appearances include an episode of Little House on the Prairie (1977) and two episodes of the Waltons (1977-1978). Todd Bridges was also in one episode of the hit miniseries Roots (1977) which was an adaptation of Alex Haley’s novel Roots: The Saga of an American Family.  The same year he appeared in the television film A Circle of Children. He was then given the role of the main character, Loomis, in the television series Fish, appearing in 35 episodes. Todd Bridges won both national and international recognition when starring in the central character role of Willis Jackson in the long-running sitcom Diff’rent Strokes. (1978-1986). He appeared in 169 episodes of the show.

Initially struggling after Diff’rent Strokes came to an end in 1986, Bridges eventually turned his life around found work in television. He played the character Juice in 8 episodes of The Young and the Restless (2002), Monk in Everybody Hates Chris (2007-2008). Other work includes an episode of Celebrity Boxing where he defeated Vanilla Ice (2002). He was a contestant in Fear Factor (2006) but was eliminated early in the contest. On Hulk Hogan's Celebrity Championship Wrestling he was a member of Team Beefcake. He also appeared in a number of music videos.

In 2012 he was in World’s Dumbest in one episode, Hotel P (2014) in a pilot episode and in 2015 played the landlord in 3 episodes of Roommates on Elm Street. Bridges also hosted a live game show Lovers or Losers: The Games Show in Las Vegas (2015).

Todd Bridges published a memoir Killing Willis: From Diff’rent Strokes to the Mean Streets to the Life I Always Wanted in 2008. In the publication, he was open about the childhood sexual abuse that he had suffered from a friend of his parents. In 2010, he discussed the issue on the Oprah Winfrey Show. He also addressed his problem with cocaine addiction in his twenties, and the charges laid relating to the murder of the LA drug dealer.

In 1998 Todd Bridges married Doris Smith and the couple had one child, a son Spincir. Bridges also have a daughter Bo Bridges. Bridges and his wife divorced in 2012.