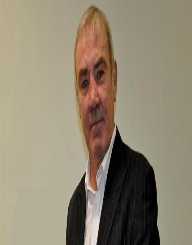 Not much is known about Alan Minter early life except that he was born on August 17th, 1951. His place of birth was Crawley, West Sussex, England.

Alan Minter began his career at a young age in 1971. His success in boxing did not take him long to achieve for he was a natural. He won in the in Middleweight Champion in England at the Amateur Boxing Association of England. In 1972 he officially became a professional boxer with his fight against Maurice Thomas. He was a proud winner of the fight after he knocked out his opponent in 6 rounds. He also won a bronze medal in 1972 Olympic Games in Munich.
He defeated Pat Dwyer in 1973 after eight rounds. No boxer had ever gone for more than six rounds before he was declared a winner. Pat Dwyer was the first. Alan Minter won in many other fights until 1973 when he lost to Don McMillan. He was seriously injured during the fight which went on till the 8th round. The referee had to stop the fight. This was his first loss ever since he began fighting.

Alan Minter earned the Middleweight Championship title in Britain in 1975. This was after he knocked down Kevin Finnegan after 14 rounds. This was during a fight for the title. He had also won 4 other fights before this fight. In 1976 he defended this title twice after winning in the fight with Billy Knight and later Kevin Finnegan. This year proved to be of great success in his career. He won in 10 consecutive fights and not once did he lose.

He lost his Middleweight Championship title in Europe to Gratien Tonna in September 1977. In 1978, however, he recovered the title after he won against Angelo Jacopucci. He successfully maintained the title once again after defeating Gratien Tonna. In 1979 he won against Renato Garcia in round 9 and Monty Betham in the second round. He also won two other matches making it a total of four winnings by the end of that year.

1980 was the peak of his career. Alan Minter was given an opportunity to participate in Middleweight Championship in the world against Vito Antuofermo. He defeated him in the 15th round in the fight held in Las Vegas. For the first time, he was the champion of World Middleweight Championship title. He participated in other fights after that. He won most of the fights though he lost in a few. He later retired from boxing.

Not much is known about Alan Minter’s own life except that he has a son named Ross Minter.