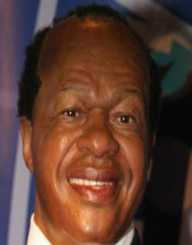 Marion Barry was born on March 6, 1936, in Itta Bena, Mississippi, United States. He was an American politician and the former Mayor of the District of Columbia. He was elected into the Council of the District of Columbia as the second Mayor and served from 1979 to 1991. He also served as the fourth Mayor from 1995 to 1999 and served his third tenure from 2005 to 2014.

He was also an active member of the Civil Rights Movement in the 1960s where he served in the Nashville Student Movement and later became chairperson of the Student Nonviolent Coordinating Committee (SNCC). He was an influential figure in American politics. He died on November 23, 2014, aged seventy eight.

Marion Barry was born on March 6, 1936, to Marion Barry and Mattie Cummings. He was born in Itta Bena, Mississippi, the United States as the child. At the age of four, his father passed away, and the rest of the family moved to Memphis, Tennessee a year later. He went to Florida Elementary as a child and then attended Booker T. Washington High from where he graduated.

His earlier jobs as a teen included picking cotton and delivering newspapers. He also worked as a waiter at the American Legion post while still in high school. When he turned seventeen, he was elevated to the level of Eagle Scout.

Marion Barry joined LeMoyne College from where he graduated in 1958 before receiving his Master's degree in organic chemistry from Fisk University. After his years at Fisk, he became a member of the civil rights movement in America and was later served as president of the Student Nonviolent Coordinating Committee (SNCC).

He appeared in his first ever protest in 1965 in Washington DC protesting against the fare increase. It was during this time that he developed the spirit of fighting for the rights of his fellow black people. He left SNCC in 1967 and established Pride, Inc which provided job training for the African-American people.

In 1968, Marion Barry became a member of the Economic Development Committee in Washington DC with the aim of changing the perception people had towards the black race. In 1974 he was appointed as a member in the Washington DC city council and later nominated as the chairperson of the District of Columbia Committee serving until 1979. He suffered bullets wound after being shot on March 9, 1977, which adversely affected his chances of winning the 1978 elections. However, he gained the victory later when he defeated his opponent Arthur Fletcher in the Democratic mayoral primaries.

In his tenure, he brought notable changes including improving the sanitation of the city, boosted the economy and provided job opportunities for graduates then. He ran for his second term in 1982 and emerged victorious garnering 58% of the total votes cast. He was also elected for the third time in 1986, but his term was short-lived when the FBI launched investigations on him on the allegations of being in possession of drugs. He was arrested on January 18, 1990, and sentenced to prison. He was set free in 1992 and purposed to run for the Ward 8 city seat that was being held in that year.

In 1994, Marion Barry again ran for the mayor and defeated his opponent by 70% of the votes granting him his fourth term. He served from 1995 to 1999 but declined to run for the fifth time, and Antony A. Williams succeeded him. He served as a consultant for a banking firm in Washington DC and later announced his candidacy for the Ward 8 seat. He won the position on September 14, 2004, and again announced his re-elections move in 2008.

Marion Barry married Mary Treadwell in 1972 with whom he co-founded the Pride, Inc organization. They divorced five years later. He remarried Effie Slaughter in 1978 and had one son Christopher Barry. The couple divorced in 1993 but Effie continued her support for him in his bid to run for the 2004 mayoral seat. Effie died on September 6, 2007. On January 8, 1993, he married Cora Masters. He died on November 23, 2014, from cardiac arrest at United Medical Center, Washington DC at the age of seventy eight.