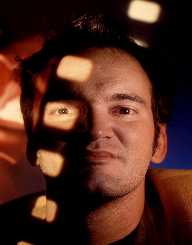 Quentin Jerome Tarantino, an American filmmaker, and actor, was born on March 27, 1963, in Knoxville, Tennessee. His father Tony was a law student when he met his mother Connie in Los Angeles. They married soon after, but the marriage didn’t last. Connie moved back to her parents’ house in Knoxville, but when Quentin was three years old, they moved back to LA.

Connie married Curtis Zastoupil, who was the person who encouraged Quentin’s love of movies. They went to many film screenings, including ones with adult content. When Tarantino was 14 years old, he wrote his first screenplay Captain Peachfuzz and the Anchovy Bandit. During this time he also went to the Torrance Community Theater, where he took part in various plays.

In 1986, Quentin Tarantino met film producer Lawrence Bender, who encouraged Tarantino to write his screenplay. In 1987, he co-wrote and directed the movie My Best Friend’s Birthday. The film was almost destroyed in a lab fire, but the screenplay formed the basis for True Romance.

In the early 1990s, Tarantino was hired to write the script for From Dusk till Dawn. His significant breakthrough came in 1992, when Tarantino wrote, directed and also acted in the film Reservoir Dogs. It was screened at the Sundance Film Festival and became an immediate hit. Tarantino has also written screenplays for Natural Born Killers, Crimson Tide, and The Rock.

After the success of Reservoir Dogs, Tarantino was offered to work on various Hollywood projects, including Men in Black. He declined them and started to work on his next project Pulp Fiction. He wrote, directed and also acted in the movie, which came out in 1994. The film received an Academy Award for Best Original Screenplay and was nominated for Best Director. Pulp Fiction grossed over $200 million.

Tarantino has worked with director Robert Rodriguez on various projects, including From Dusk till Dawn, which reached cult status, although not well received by the critics. He also worked on Rodriguez’s Desperado in 1995 and was the special guest director in Sin City.

In 1997, Quentin Tarantino released his third film Jackie Brown, which was based on Elmore Leonard’s novel Rum Punch. In the early 2000s, Tarantino planned to make Inglorious Basterds but postponed the project to work on Kill Bill. The film featured various movie styles - Wuxia- Chinese martial arts, Jidaigeki- Japanese cinema, spaghetti Westerns and Italian horror. It was first intended to be a single release, but the more than 4 hour running time made Tarantino divide the film into two parts.

Besides his projects, Tarantino also starred in the series Alias. He co-wrote and directed the season finale of CSI’s 5th season. For this episode titled Grave Danger, Tarantino was nominated for an Emmy Award. He also produced the horror film Hostel and Hell Ride.

In 2009, his next film Inglorious Basterds was released. The film reached No.1 in box offices worldwide. In 2012 Tarantino’s upcoming film Django Unchained was released, which surpassed The Basterds in Box office revenue. About this project, Tarantino has stated that he wants to do more projects that focus on the American history. Django Unchained won Tarantino an Academy Award and Golden Globe for a Best original screenplay. His next Western The Hateful Eight was released in 2015.

Tarantino has often collaborated with several actors, including Bruce Willis, Samuel L. Jackson (starred in 6 of his movies), Zoe Bell and Christoph Waltz. For his role in both Inglorious Basterds and Django Unchained Waltz has won an Academy Award.

In 2009 interview, Quentin Tarantino revealed that he is planning to make a sequel to Kill Bill. Still, in 2012 he said that this project is not likely to happen. He has also shown interest in creating a film version of Easton Ellis’ 1985 novel Less Than Zero. In 2014, Tarantino announced that he is going to retire after his 10th movie.

Tarantino has never been married or had children. He has stated that he has no plans to do so until he is 60 years old. He has dated Kathy Griffin, director Sofia Coppola. In 2016 he began dating model and singer Daniella Pick.

After retiring, Tarantino plans to focus on writing novels and film literature. In 2010, he purchased the New Beverly Cinema, allowing the previous owners to operate the theater. Quentin Tarantino is skeptical about the digitalization of the film industry, and he wanted the theatre to continue showing its 35mm shot films.