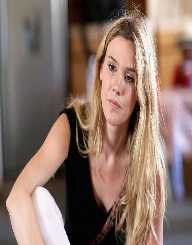 Joss Stone is a British soul singer, songwriter, jazz musician, and music producer. Even though she rose to fame in her teenage years, you just can’t get enough of this great singer. She showed her need for singing at the ultimate American Idol auditions. However, her presence wasn’t seen in the American Idol. From the word go Joss is talented and beautiful. She is famously known as the girl with a big, buoyant voice. She has been a high commodity of the music industry since...well, the beginning of the music production. In that regard, Joss is categorized in the list of most notable performers. At the age of 16 years, her voice touched the heart of the unknown. Her sense of style and choice of songs is incomparable to other rising artists.

On April 11, 1987, Joss Stone was born in Dover, England in the United Kingdom to Richard Stoker and Wendy. She went to Uffculme Comprehensive School in Devon. Joss loved to spend her time in public forums. She aimed to have that one chance of stepping on stage. At the age of 16, Joss left school after three GSCE qualifications. Joss's plan wasn't to drop out of school with lower grades. It was hard for her to interpret certain words, symbols, and letters. A condition is known as dyslexia. She spent the rest of her teenage life listening to different style and tons of music. She loved to listen to souls and R&B’s performed by Aretha Franklin singer.

At the age of thirteen, Joss Stone was given a chance to sing Donna Summer’s song at BBC Television talent show in London. To her shock, she was made a star and won the competition. Remarkable producers in London such as Andy Dean and Ben Wolfe got a chance to hear her voice. She was then directed to the S-Curve Records founder, Steve Greenberg. She was taken to New York and managed to audition Otis Redding’s songs. In 2002 Greenberg invited her to his team. In 2003 Joss launched her first album titled ‘The Soul Sessions. She followed it up with Mind Body & Soul that she released in 2004.Some of her biggest hits include’ Spoiled; You Had Right and Me to Be Wrong.

In the mid of March Stone replaced Sarah Jessica and granted a spokesperson job for Gap Clothing Company. Since then Stone has appeared on the company’s covers and commercials. Joss Stone went on and teamed up with Herbie Hancock, jazz pianist and Johnny Lang, a singer and guitarist. The team produced Hancock’s 2005 album. Some of the hit songs that Joss majored are ‘U2’s song and When Love Come to Town.

In 2009 Joss launched his fourth album titled Color Me Free. She opted to leave her previous record (EMI) due to several disagreements. Luckily she went ahead and opened her record label entitled Stone’d Records. Her public fame came when she portrayed Henry VIII’s fourth wife in ‘The Tudors’ third season.

It was announced that Joss Stone ruled the first list in the Jamaican Billboard announcement. She was selected as the top reggae artist for 2015.Jamaicans didn’t believe that a black nation would come to compete with a British born lady. All was well when Jamaicans came to realize that Joss Stone is a talented singer and was listed on the list of Jamaicans artist. In the mid of 2011 two men were arrested for trying to murder Joss in her home. They pledged guilty and sentenced accordingly.

For the past few years, Joss has received numerous awards such as Grammy Award, Glamour award, and Brit Award. Despite several dramas that Joss has faced in the rise to fame, her focus in music has earned her the best of the best title. She is the kind of person who gets everything done in a spark of time.

Joss is planning to go on a world tour that will aim in raising funds for her foundation. Known as Joss Stone Foundation, it targets to help more than 200 hundred organizations across the globe. The secondary goal is to create awareness as well as encouraging others to join her in pursuit of saving other people’s lives. Stone dated Beau Dozier in 2004, but they separated after one year.