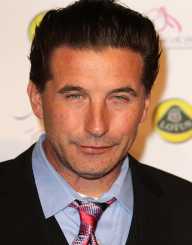 William Edward Baldwin is an American film actor and producer, and one of the four Baldwin brothers.

William Edward Baldwin or simply known as Billy Baldwin was born in Massapequa, New York on February 21, 1963. He is the third son of the four sons born to Alexander and Carol Baldwin. Alexander Baldwin was a respected high school science teacher and sports coach in Massapequa High School. His male siblings are Alec, Daniel, and Stephen. Coincidentally, all the brothers are actors of high repute going by the name Baldwin brothers. His sisters are Beth and Jane.

Billy Baldwin grew up in a religious family with his Roman Catholic family. He went to Alfred Berner High school. He joined the State University of New York, Binghamton upon graduating from high school. He graduated with a degree in political science. Baldwin competed in the high school and university Greco-Roman wrestling teams. An Athletic student with good grades, he won several medals in the competitions he represented his school and college. Apparently, he left a brighter future as a student in political science to pursue an acting career in Hollywood.

In Hollywood, Baldwin became a fashion model for the fashion label Calvin Klein. He did minor television productions with movie directors until the late 1980s. He debuted in the television series Dirty Sexy Money on the television station ABC. He played the role of a promiscuous State attorney General Patrick Darling. He cast in the production Copper done on BBC television, and the NBC production Parenthood. He starred in other productions culminating with his last appearance on Craig’s List Killer in 2011.

He returned in 2012 after a decision to concentrate on big screen film. From 2012, Baldwin featured in several television productions. These included 30 Rock and Men at Work in 2012, Be My Valentine and Cooper in 2013, Forever and Lead With Your Heart in 2015. Of recent times, Baldwin cast in Insatiable and The Purge in 2018, and the 2019 television episode of Northern Rescue.

In 1989, he got his first Hollywood film role in the film Born on the Fourth of July. He played the role of a US Marine in battle during the Vietnam War. He got a better start in early 1990 with twin appearances. He cast in the film Internal Affairs and Flatliners. He cast alongside other established actors like Andy Garcia and Julia Roberts. In 1993, he earned his first award for his role in the film Silver. Baldwin received the MTV Movie Award for Most Desirable Male.

In 1995, he cast in Fair Game in which he played the role of Detective Kirkpatrick. He earned an award nomination. In 1996, he cast in a low budget film curdled, unlike the previous Fair Game. He did three other films to end the decade with a positive reception from the film critics.

For the decade, Baldwin got commissions to cast in back to back films in the entire decade. In 2000 he did two films namely Primary Suspect and Relative Values. He cast in three films in 2001. He did other films without any major recognition until 2005. Baldwin cast in the film The Squid and the Whale depicting the role of Ivan. He received the Gotham Independent Film Award. In the second half of the decade, Baldwin appeared in a single film every year until his last appearance of the decade in 2008. In the last cast, he played the role of Detective Hunter Rush in the film Forgetting Sarah Marshall.

In the 2010s, Baldwin started with a voice over on the Batman character in the film Justice League: Crisis on Two Earths. He also did appear in the film titled 1 a Minute. He did another voiceover in the 2012 film Dino Time. This time he voiced over the character of Sarco. He capped the first half of the decade with the 2015 film A Wing and A Prayer. In this documentary film, Baldwin did the voice narration. Baldwin had a busy 2018 with appearances in six films. He cast in Abigail Fails, Minutes to Midnight, welcome to Acapulco, 1st Born, The Trouble and Backdraft 2.

In his acting career, Baldwin was cast in over fifty big screen films so far. With his acting passion and good looks, Baldwin will still feature in many other films.

On September 9, 1995, he married Chynna Phillips in New York. The wedding ceremony was hosted at the Sacred Hearts of Jesus and Mary Catholic church. They have three children namely Jameson, Brooke, and Vance. He shuttles between his two homes in Santa Barbara in California and his official residence with his family in Bedford corners in New York.

In his free time, he relaxes by listening to jazz music, though he notes he has no preference of any particular genre of music. He still exercises to keep in shape since his wrestling days in high school and college.

Billy Baldwin charted his own career despite being overshadowed by the larger Baldwin family name. He dropped his legal and political career for acting. Over the years, he has managed to consolidate a solid base of his film critics in Hollywood and beyond. As the years progress, Baldwin will definitely hit back on the big screen with other blockbusters for the relish of the film industry.