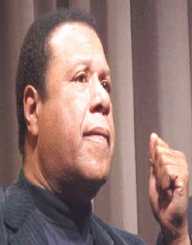 J. J. Jackson was born as Jerome Louis Jackson on April 8, 1941, in The Bronx, New York. Nothing much is known about his education and childhood. He developed an early passion for singing while in New York. In 1957, he wrote his first song titled The Lord Will Understand. Unfortunately, the song received negative reception among some quarters for its religious message. The BBC banned it from its airwaves for being religiously unfit. In 1963, he produced his first single titled Shy Guy. He followed it up with another single titled Time later in the year.

He teamed up with many artists including Jack McDuff, the Shangri Las, and Jimmy Witherspoon. Jackson wrote songs for the artists and helped them in their musical arrangements in the studio. In 1964, he forged a working relationship with Sydney Barnes. The two became unattached songwriters. They wrote songs for artists like The Soul sisters, Sandra Phillips, and Billy Prophet. After a while, they signed a contract with Sue Records in New York. They became resident songwriters for artists based at the black-owned recording label.

The success of their songs gave rise to other opportunities. They signed with two other record labels namely Red Bird Records and Trio Music Publishing. At the Red Bird Records, Jackson wrote for the Shangri Las the song titled It’s Easier To Cry. It was a follow up of the group’s 1964 song Remember. In 1965, he helped Barnes in producing his first solo performance with songs co-written by both of them. They included the hit single I Hurt On The Other Side. In the following year in 1965, Barnes recorded again songs co-written by the two.

After helping Barnes record songs, Jackson emerged in 1966 with his song But It’s Alright. The song moved to appear on the US Billboard chart. Jackson recorded the song in Europe when the rhythm and blues genre was still alien. He assembled a group of British musicians in his ensemble. They included Terry Smith and John Marshall. The song But It’s Alright became the object of duplication. It was duplicated by other musicians severally and in other blues renditions. Jackson also joined in giving out slightly differing renditions of his original song. In 1967, Eddie Floyd became the last artist to include it on his album titled Knock on Wood.

In early 1967, Jackson got a music contract with the Warner Bros Records subsidiary Loma Records. From 1967 to 1968, he wrote and produced several songs with the recording label. He released most of his songs that were co-written with Windsor King. Jackson also produced other songs by other songwriters. Jackson reproduced the song But It’s Alright with the Warner Bros Records. The recording company released a Spanish version of the song later in the year. Jackson reproduced another 1967 song Four Walls in 1969. Warner Bros consolidated the two songs But It’s Alright and Four Walls as one single released in 1969 titled Back to Back Hits. The Great J. J. Jackson album contained 12 songs. Jackson released the album under Warner Bros in 1969. He produced his third album titled The Greatest Little Soul Band in the Land with the Kapp Records in the late months of 1969. He then moved to Perception Records in 1970 to record his fourth and fifth albums.

In 1975, Jackson recorded the song Let Me Try Again with yet another recording label called Magna-Glide label. For the first time in his music career, Jackson recorded a song without the input of his longtime producer and associate Lew Futterman. A prolific songwriter himself, Jackson produced the song written for him by Bobby Flax and Lanny Lambert. Jackson literally fizzled out of the music scene after the fall of 1975.

He continued performing with other bands notably in the so-called Oldies tours which promoted old school music. In the 1990s, Jackson started performing in theater halls and invited events. He became a sought after guest artist in fundraising events and other charitable occasions. In 1999, he teamed up with Lou Christie and Friends to record the album Rock & Roll Legends Live, The live recorded album included other artists like Robert Parker, Chris Montez, and The Cuff Links.

In 2009, Jackson released a compilation of his songs on CD for the first time. He reproduced the album The Great J. J. Jackson, But It’s Alright with a host of other songs to produce the best release of his musical career. The new quality of the songs received positive reception from his followers in England and the US. In 2017, he performed in the rock and Roll Reunion concert under the auspices of TVS Television.

A prolific composer and brilliant musical instruments arranger, Jackson revolutionized the world of rhythm and blues. He dared introduce the genre in Britain where few had never even performed. His zeal to express his feelings through music led to his listeners appreciates his tunes. J. J.

Jackson improved his musical talent by working with other like-minded artists. The complimenting partnership gave rise to more musical talent rising up and the older guards remaining relevant if the field.