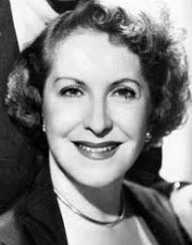 Gracie Allen is remembered for the weekly radio program she hosted with her husband. In addition to being on the radio, the couple made an appearance in television and film.

Grace Ethel Cecile Rosalie Allen was born on 26th July 1895 in San Francisco, California. Her parents, Margaret Theresa and George Allen were both Irish immigrants. George Allen, his father, was an entertainer.

She had heterochromia, a condition she was born with. One of her eyes was red, and the other was green. Prompted by her father, she wanted to be in the entertainment industry from an early age. She made her stage debut with her father at the age of three.

Gracie Allen attended Sea Convent School where she became an active dancer for the school. Together with her three sisters, they started performing Irish folk dances as The Four Colleens.

At the age of 14, she dropped out of school to join her father and her sisters in the show business. The Four Colleens went on to sign a contract with Larry Reilly Company courtesy of Irish song and dance.

After several years with the dancing troupe, she quit the group over a disagreement on billing. After that, she chose a different path, enrolling in a secretarial course.

During her time in the college, she learned from her friends that George Burns and William Lorraine, a comedy team was facing a possible break up and Lorraine needed another partner.

The duo soon started performing together, Burns opting to play the straight man role after realizing that Gracie Allen's punch line received more laughter from the audience compared to his punch lines.

She quickly won over the audience with her weird traits. The duo toured the country with their performance. Some of their acts included Lamb Chops.

Burn's attributed the duo's success to Allen's comedic brilliance, even though Burns is also credited for the work he did as a straight man. The duo's relationship changed after three years of working together. They married on 7th January 1926 in Ohio.

Keith Theater chain offered them a five-year contract. The two performed well in vaudeville reaching the top billings in the charts.

During their performance on the international, the duo made their debut on radio in British Broadcasting Corporation's network. Their act soon became the most popular act in the United States of America.

Soon after ending their contract with vaudeville, Gracie Allen received an invitation by Eddie Cantor, as the guest of his radio show. The listeners loved him, and she received invitations from many other radio shows.

CBS soon offered Allen and Burns a contract. They later took over Guy Lombardo's musical variety show, reducing Lombardo to the support role. By the end of 1930, the duo's show ranked in the top three in the United States. The show had more than 45 million viewers on a weekly basis.

In 1940, Gracie Allen decided to try a different path; she decided to run for president of the United States of America using Surprise party in 1940.

The couple resided in Beverly Hills in California. The couple shared a happy marriage. The two were not able to conceive children of their own which prompted them to adopt Sandra Jean and Ronald Jon.

Gracie Allen succumbed to a heart attack on 27th August 1964 after a long battle with heart disease. Her remains are secured in Freedom Mausoleum. Her husband later died 32 years later.