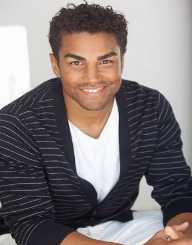 Tito Joseph Jackson was born on July 16, 1978, in Los Angeles to Delores and Tito Jackson, a former member of the Jackson 5. He grew up in a musical family with his two brothers Tariano or Taj and Taryll. His father, all paternal uncles, and aunt were all established singers. This influenced his early passions in having music as the career of choice.

He went to Buckley School in Los Angeles. In school, he became a competing athlete in the baseball team. His parents gave him a normal life as a child. Though he came from a rich family, he experienced his teenage years with all the experiences of the youth. He played baseball, went to parties and movies.

T. J. formed the group 3T with his brothers Taj and Taryll. The group name resonated with the first letters of the first names. The teenage boy band became an instant sensation owing to their family background. They recorded their first album Brotherhood with the recording label Sony in 1995. Brotherhood became an instant musical success selling over three million copies and going to the top of the American musical billboards. As they generated a sensation in the music world, the group suffered a setback after the news of their mother’s death surfaced. Divorced from their father, Dolores lived with her boyfriend. Her boyfriend was tried and convicted of killing her.

They recorded another album of 12 songs. The album was never released due to the bad blood created between their famous uncle Michael Jackson and the recording label Sony. They recorded their first single titled Anything which was released in 1996 to positive applause from the musical critics globally.

Jackson and his brothers signed a recording contract with a French company and toured most of Europe in 2003. In 2004, 3T signed another contract with a Dutch recording company. Jackson and his brothers released the album Identity in March 2004 under the Dutch label Digidance. In 2004, they recorded a cover rendition of the song Stuck On You, originally by Lionel Richie with the Dutch label. Their single titled Sex Appeal gathered little attention in the musical world in 2004.

3T went into television screen acting for a while. They appeared in the show This Is David Gest from April 2007. In 2008 they appeared again in the documentary The Jacksons Are Coming. They did another cover version of the song We Are The World in support of the victims of the Haiti earthquake in February 2010.

After almost a decade of staying away from the musical scene, Jackson and his brothers came back after the death of their uncle Michael Jackson. On October 8, 2011, they performed in a memorial concert of their musical mentor at the Millennium Stadium in the Welsh city of Cardiff.

Jackson and his grandmother Katherine Jackson were granted legal custody of the late Michael Jackson’s children on August 25, 2012. Katherine Jackson handed over the guardianship to T.J. Jackson on November 1, 2017, after being a co-guardian for five years. She cited that the children had become adults who could decide issues on their own. As the last born Blanket Jackson was 15 years, Jackson became the sole legal guardian of the boy.

In 2013, Jackson came together with his brothers for the tour of Europe. They performed in Italy and donated the revenues to the Sharing Love organization in Kenya. The organization channeled the funds to the building of a kindergarten in Marsabit district in northern Kenya.

In 2014, 3T embarked on a tour of Europe. They starred in the episodes of the Big Reunion aired on the British Television house ITV2. The episodes aired between February and March 2014. In September of 2014, they toured and performed in various Dutch cities including Rotterdam. They completed their tour in June 2015 with a sold-out show in the Dutch city of Hertogenbosch. Jackson returned to the US and is actively involved in the music industry as a producer.

Jackson is married to Frances Casey. He has four biological children with his wife. Jackson is a foster father to two children from Frances’ earlier marriage. He still has legal guardianship of his cousins, the late Michael Jackson’s children. He currently lives with his grandmother.

Jackson became a figure of controversy when rumors surfaced that he was fighting for his late uncle’s estate with his cousins. He never commented on the rumors with the larger Jackson clan downplaying the stories in the media.

Two films have been produced serializing the intrigues of the larger Jackson family. The first film The Jacksons: A Family Dynasty was produced in 2009. Six years later in 2015, another Hollywood production The Jacksons: Next Generations was released. Tito Joseph Jackson featured I both films portrayed by different characters.

Jackson has also acted in several film productions. He cast in the 1986 film titled Janet Jackson: When I Think of You. He starred in another film Interconnect released in 2018.