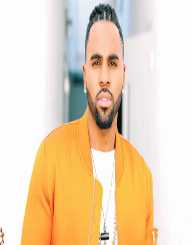 Jason Derulo is an exceptional American singer, talented dancer and a songwriter who has caused heads to turn with his astounding music and his fan base growing day by day. With a radio audience of over 11 Billion, Jason Derulo boasts of over 20 Million social media fans and followers.

Jason Joel Desrouleaux was born on the 21st of September 1989 to Haitian parents in Miramar, Florida. He has two siblings, his brother Joel Desrouleaux and a sister both older than him. Jason started making music at the age of 5 and composed his first song ‘Crush on You’ when he was eight years.

Jason embarked on his musical career and studied musical theater at American Musical and Dramatic academy in New York in his early teens. He also studied Opera and Ballet at the Dillard center for the Arts.

Jason Derulo commenced his musical career at the age of sixteen when he began jotting down songs for celebrity stars such as P.Diddy, Lil Wayne, Danity Kane, Donnie Klang, Sean Kingston, Lil'Mama and Cassie. He has also worked as a songwriter for Birdman, a New-Orleans-based rapper, where he wrote "Bossy" and also featured a guest appearance on the track.

In 2006, Jason won the Grand Prize on the season finale of the TV show ‘Showtime at the Apollo’. In 2009, he was then discovered by J.R Totem, a music producer who signed him on to his record label Warner Bros. Records and Beluga Heights Records. He was also signed in A&R, as a new artist to set off the venture by Records Senior Vice President of A&R, Kara DioGuardi.

In 2009, Jason Derulo debut single was ‘Whatcha Say’. The song, produced by J. R totem, debuted at no. 54 on Billboard and eventually hit No. 1, topping charts in several other countries. The song wrapped a sample of ‘Hide and Seek’ by Imogen Heap, an English singer-songwriter, and composer.

Jason’s second single, ‘In My Head’, was released on 8th December 2009 where it peaked at number 5 on the Billboard hot 100. He released his debut album on March 2, 2010, titled Jason Derulo,  which featured both hit singles; ‘Whatcha Say' and ‘In My Head'. The album sold close to 43, 000 copies in the first week even though it got mixed reviews from critics, the album went on ahead to top Irish Album and UK Charts.

2011 marked the second release of his album dubbed Future History, along with his hit single, ‘Don't Wanna Go Home'. The song samples "Show me love" by Robin S' 1993, and also incorporating some bits of the famous song "Day-O"(The Banana Boat Song).

Jason Derulo also featured on Demi Lovato’s ‘Together’ for her album ‘Unbroken’. After the release of the albums hit single on May 20, 2011, the track peaked at number one in the UK and was number five in Australia. An eight-date UK tour was planned to promote the album in February 2012, however, he broke one of his vertebrae while rehearsing “Future History”, and this led to a cancellation of all his tour dates.

Jason Derulo made a comeback by appearing on American Idol where he asked his fans to help him finish the lyrics to his new song, ‘Undefeated’ as a joint venture between Coca-Cola and American Idol.

After his recuperation, Jason Derulo’s first post-injury act was on the eleventh season finale of American Idol on 22nd May 2012. Later on, in the same year, alongside Kelly Rowland, Jason was signed in as a Dance master on an Australian Dance TV show dubbed ‘Everybody' Dance Now.  However, the show was later on canceled as a result of poor ratings after airing its fourth episode.

The year 2013 marked the release of his single ‘The Other Side’ which peaked at number 18 on Billboard Hot 100. He released his third album, ‘Tattoos’, later in the same year in September 2013. The album contained music with a mixture of genre ranging from R&B, pop music, and Electronic Dance Music. The album featured Hip-Hop artist, 2 Chainz on his song “Talk Dirty”, which landed number 4 on the US Billboard album chart. The album sold about 44,000 copies in the first week.

On 9th March, Jason Derulo released ‘Want to Want Me', from his forthcoming fourth studio album ‘Everything is 4'. The track peaked number 5 on Billboard Hot 100. The release of the album coincided with his new position as a judge on the 12th season of ‘So You Think You Can Dance’ alongside Nigel Lythgoe and new judge Paula Abdul. He then released the music video to his second single, ‘Cheyenne’ on 30th June 2015.

On June 29, Derulo’s biggest hits were combined to make his greatest hits album titled, ‘Platinum Hits’. The album was released on 29th July 2016 featuring his song, ‘Kiss the Sky’, which appears as a soundtrack to Warner Animation Group’s film, Storks. His latest single dubbed ‘Swalla’, was released on March 3, 2017, featuring Ty Dolla  Sign and Nicki Minaj

Jason Derulo made a guest appearance in one episode of Fox’s drama, Lethal Weapon. The episode was aired on September 28, 2016.

In 2010, Jason Derulo won the Teen Choice Awards for ‘In My Head’ single and Choice R&B for the song ‘Jason Derulo’.

In 2011, he was awarded the BMI Pop Music Award under the category ‘Songwriter of The Year’ for: ‘Ridin Solo,’ ‘In My Head’, ‘Replay’ and ‘Whatcha Say’.

In 2012, Jason Derulo began dating singer & songwriter Jordin Sparks. Jordin was featured in a video for his song "Marry me", and the two have reportedly recorded songs with each other. However, their relationship came to an end in September 2014. Jason Derulo is worth US $8.5 million.