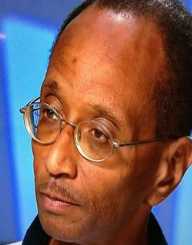 Wayne Williams was a native of Georgia who became known for being hailed as the infamous Atlanta Child Killer during the late 1970s and early 1980s. Although never directly convicted of the said crimes, he was found guilty for the death of two adult men.

Born as Wayne Bertram Williams on May 27, 1958, his parents were Homer and Faye Williams. The young Williams grew up in the neighborhood of Dixie Hills, located in the southwest portion of Atlanta, Georgia. Both if his parents worked as teachers and of African-American heritage.

Not much is known from the young Williams’ childhood beside the fact that he was an alumnus of Douglas High School and took an interest in the field of radio and journalism.

As a result, he established his carrier radio station and was a regular visitor on radio stations such as the WAOK and the WIGO. Due to his constant visits, he befriended some of the announcing crews and formed his connections, ultimately landing a job as a producer and manager of pop music.


The Atlanta Monster Makes an Appearance

The first string of killings occurred on July 28, 1979. A certain woman out for a walk found two bodies at the side of the road, concealed by the bushes.

Both children were black and male. According to the autopsy, Smith died from a gunshot wound of which the murder weapon was determined to be a .22-caliber whereas Evans’ cause of death was by asphyxiation.

The killer struck a second time by the end of September, and the victim was 14-year-old Milton Harvey. By the end of the year in 1979, two more children were added to the list when authorities found the bodies of Yusef Bell and Angel Lenair. Both children were strangled to death, with Lenair’s body found with her hands bound behind her back.

The FBI was formally introduced to the case to assist local authorities when in spring of the following year, a little girl of 7 years was reported as missing.

The FBI worked on the killer’s profile of which they determined the suspect to dump the corpses on wooded areas. However, the killer changed his modus operandi in April 1981 where he now dropped the dead bodies in a new area: the Chattahoochee River. From there, the police planned the stake out of the 14 bridges in the Atlanta area.

Wayne Williams was apprehended on June 21, 1981, by the local authorities. Before his arrest, he had a run-in with the police when they pulled him over as he sped away from the scene of one of the stake-out locations when two of the officers on stand-by heard a loud splash. 27-year-old Nathaniel Carter’s body was discovered two days later after his encounter with the police.

Strong evidence was found against Wayne Williams where fibers from his belongings matched those found in the victims. By this time, he was also found guilty for the killing of 21-year-old Jimmy Ray Payne. He was charged to serve two life terms for his crimes, and he was also implicated to be responsible for the Atlanta Child Murders.

DNA evidence was found on the victims’ bodies that matched 98 percent of his DNA. However, it was necessary for the percentage to amount to a full 100 percent for him to be convicted. Wayne Williams was found guilty on February 27, 1982, and was later imprisoned of which also put a stop to the killings in Atlanta.