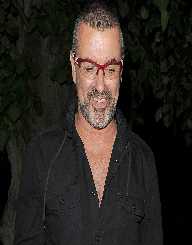 George Kyriacos Panayiotou was born on June 25, 1963, in East Finchley area of London, England. His father was a Greek restaurateur and his mother, an English dancer. He grew up in the Kingsbury area of London, and also attended high school there. He has two older sisters.

When Michael was a teenager, he and his family moved to Radlett, and he began attending Bushey Meads School. At Bushey, he met Andrew Ridgeley, who later became his partner in the band Wham!. Michael wanted to become a musician from an early age, and began his career working as a DJ, playing in local clubs.

Michael and Ridgeley both had similar aspirations towards a musical career. In 1981, the two formed a duo, Wham! And released their first album Fantastic in 1983. The album reached the top of UK’s charts and became a major hit. The duo released their second album Make It Big, which gained major attention in the United States. Most known singles from the album were “Wake Me Up Before You Go-Go” and “Everything She Wants.” Wham! Gained a lot of media attention after their concert in China, during the band’s tour in 1985. It was the first concert by a Western pop music artists in China, and high members of the Chinese government saw the concert. Michael released two solo singles, and rumors began to spread about Wham! Disbanding. The duo separated in 1986, after releasing the single “The Edge of Heaven.”

As a solo artist, Michael’s first single was together with Aretha Franklin “I Knew You Were Waiting,” which earned him his first Grammy Award. Michael released his debut album Gaith in 1987. The first single of the album “I Want your Sex” and its video gained a lot of media attention and reached No. 2 in U.S. and No.3 in UK charts. The album spent 51 weeks in the top 10 of Billboard 200 chart and became certified Diamond, selling more than 25 million copies worldwide. The album won a Grammy Award for Album Of The Year in 1989.

Michael’s second solo album Listen Without Prejudice was released in 1990, marking Michael’s transition to more serious artistry. The album became a critical and commercial success and sold over 8 million copies. In 1993, he released his EP Five Live, featuring tracks performed by Michael, Queen, and Lisa Stansfield. In 1994, Michael performed his new single “Jesus to a Child” at the MTV Music Awards. Two years later, he released another new single “Fastlove” and his new studio album Older. His greatest hits collection Ladies & Gentlemen: The Best of George Michael was released in 1998.

In 2000, Michael collaborated with Whitey Houston on the single “If I Told You That.” After this, he began working on a new album and released the single “Freeek!” in 2002. The following year, he released two singles, criticizing the war in Iraq- “Shoot the Dog” and “The Grave.” His fifth studio album Patience was released in 2004, and immediately reached UK Albums Chart No.1 position. The album received critical acclaim and became one of the fastest selling albums of the year.

In 2006, Michael released a greatest hits album Twenty Five to celebrate his 25 years in the pop music industry. The two-CD set was a commercial success and quickly topped the charts in UK and United States. Michael embarked on a North America tour to promote his album, and later released a DVD version of his concerts. He also embarked on the 25 Live tour through Europe.

In 2011, Michael embarked on The Symphonica Tour, beginning in Prague State Opera House. However, due to severe pneumonia, he had to cancel a large part of the tour. In 2014, Michael released the album Symphonica. The following year, a documentary on his life Freedom was announced and was released in 2017.

On December 25, 2016, Michael was found dead by his partner Fadi Fawaz at his home in Goring on the Thames. The initial cause of death was set to be heart failure, and the autopsy was initially inconclusive. After series of tests, it was determined that his death was due to dilatated cardiomyopathy, myocarditis, and fatty liver. He died at the age of 53 and was buried on March 29, 2017, in Highgate Cemetery in London.