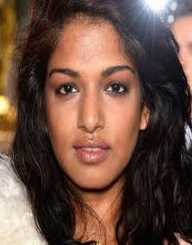 M.I.A. is a London-born musician, songwriter, fashion designer and artist of Sri Lankan ancestry. She has collaborated with many artists in the music industry and has gained attention not only for her music but the message that comes along with it.

Born in London, England on July 18, 1975, as Mathangi Arulpragasam to parents Kala and Arul, she was fondly called Maya. Her family relocated just six months after her birth to Jaffna, located in northern Sri Lanka. Her father worked as an engineer and was actively involved in the Tamil independence movement hence the lack thereof his presence when she was growing up.

In 1986, her family was able to go back to London where she spent her formative years in Phipps Bridge Estate which was located in the southwest of London. She learned to speak the English language and finished high school at Ricards Lodge High School which is located in Wimbledon. Upon graduating high school, she enrolled at Central Saint Martins’ College of Art and Design where she earned bachelor’s degree of Fine Art, Film, and Video on June 2000.


An Artist in Every Sense of the Word

When Maya was in university earning her degree, she wanted to make art that represented people and society. In later interviews, she stated that Spike Jonze, Harmony Korine, and Dogme 95 inspired her in line with film. It was also in the university where Maya met Justine Frischmann, a significant person for her discovery. Frischmann is the vocalist of Elastica, a British band and was in the fashion and advertising department when she met Maya via her friend Damon Albarn. For the band’s 2000 album entitled The Menace, Frischmann commissioned Maya for its album cover as well as to document the band’s tour on video.

Being exposed to Elastica and the music industry was an eye-opener for Maya hence with encouragement, and a little persuasion, she was convinced to give it a try with Frischmann lending her a sequencing/drum machine. She used the instrument to record her demo tape within the four walls of her bedroom. The result was a six-track demo that included her future hits Galang, M.I.A., and Lady Killa. From here, Maya also adapted the name M.I.A., which stood for Missing In Action. She disclosed that the reason she chose this was because of her missing cousin in Sri Lanka.

“Galang” turned out to be a breakthrough hit for Maya earning her a massive following despite not being signed to any record labels. Soon enough, XL Recordings signed a contract with her, officially releasing Galang in 2003 and climbed to the US Dance Charts where it claimed the 8th spot. It was followed by the 2004 release of Sunshowers but failed to capture the audience.

It was in 2005, a year after Sunshowers that M.I.A. released her debut album Arular which she produced and recorded in her bedroom. Aside from the music itself, the lyrics tackled on important matters such as oppression and global conflicts that attracted more listeners and fanatics alike. The title of the album is derived from the name her father used when they went back to Sri Lanka. Her father called her before asking to change the name, but she chose not to.

A second album followed in 2007, this time named after her mother, Kala. The album contained the track Paper Planes which became a hit the following year in 2008. Kala was hailed as best album of the year by Blende and Rolling Stone.

M.I.A. also collaborated with many artists such as Timbaland, JayZ and even shared the stage with Kanye West at the 2008 Grammy Awards. Her performance at the awards show was the talk of the town since she performed the song Paper Planes while nine months pregnant.

She also gained international acclaim as a songwriter when she co-wrote the song O… Saya with Spike Jonze for the Oscar-winning film Slumdog Millionaire. The song was also nominated under the category of Best Song Written for a Film.

Maya has backed a number of humanitarian organizations such as funding The Pablove Foundation’s research on pediatric cancer and aids. She also supports the Youth Action International that aids youth that was involved in the war on African countries. She also donated to the Roskilde Festival Charity in 2011 for the victims of genocide in Tamil.