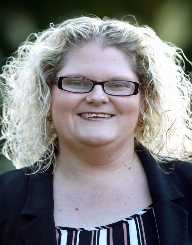 On 20th December 2006 Louise Brown gave birth to her first child, Cameron followed by her second, Aiden on August 2013.Luckily she was able to conceive naturally. At 38 years old, Louise Brown is still a healthy and active mom, all thanks to an in vitro fertilization IVF. She became the ‘first test tube baby’ to be born in the 20th century. Not to mention she spent several days in a well-equipped petri dish and afterward she was delivered through a cesarean section. I believe that her parents were hoping for the best at the end of the journey. Read along to understand more about an IVF child, Loise Brown.

A Wake-Up Call For IVF

Since her inception, the medical procedure that Louise Brown underwent brought mixed critics. The topic was heartily debated in religion and medical coterie. Lots of religious norms still believe that IVF is an inappropriate and dishonorable act. The physicians in this field are still considered as ‘trickeries’ that don’t oblige ‘God’s work.' Above all, since Louise Brown birth, over 2 million children have seen the world through the said procedure.

On July 25, 1978, Louise Joy Brown was first seen in the world in England, Oldham. He was first seen alive at Oldham General Hospital with the help of John Webster and Patrick Steptoe. Her mother saw her bouncing baby girl before midnight, and before morning her birth made headlines. Brown’s parents, John Brown and Lesley tried to get a child of their own for nine years without success. In the middle of all, Lesley was diagnosed with a tubal disease.
On November 10th in 1977 Brown’s mother opted to try an IVF medical procedure. The method was by then young, and pioneers like Patrick Steptoe and Robert Edwards had to intervene. For satisfactory results, the mentioned gynecologists were awarded a Nobel Prize in Medicine in 2010.Even though sources refer Louise’s birth as a test tube results, her inception began in a Petri dish. It wasn’t long that her little sister, Natalie Brown was also born in the same manner.

Early in 2004, Louise Brown met with a bouncer Wesley Mulliner with whom she shared a romantic relation. Dr. Edwards obliged to attend Brown’s wedding. The couple was blessed with two children: Cameron John Mulliner and Aiden Patrick Robert Mullinder. In 2007 Louise father breathed his last, and her mother died in 2012 at 64 years of age. She battled with gallbladder infection till her demise. Louise’s sister, Natalie was naturally blessed with a daughter called Casey followed by Daniel and Aeron. Louise Brown likes to stay away from the public eye to the point of declining several interviews. Despite her striking beginning, she has allowed herself to live a decent life.