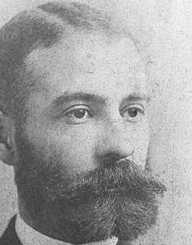 Peter Mark Roget was born in 1779, in London. Already as a young boy, he was interested in list making. At the age of eight, it helped him as a coping mechanism. He attended medical school in Edinburgh and graduated in 1798.

Peter Mark Roget was very interested in medicine. His medical school was very new, founded less than 20 years before Roget started studying there; therefore he participated a lot in improving it. He joined in creating the Medical and Chirurgical Society of London. This Society later was renamed to the Royal Society of Medicine, and Peter Mark Roget became the secretary for it.

Peter Mark Roget developed the log-log slide rule in 1815. This law allows to do several calculations only – not only root and exponential calculations but also counts with fractional powers and roots. This contributed to him later becoming a professor of Physiology at the Royal Institution.

Peter Mark Roget published several papers on physiology, medicine and health. He was also the author of several articles published in the Encyclopædia Britannica.

During his career in medicine, he published several papers, manuals, articles and studies. He participated in establishing the University of London and participated in the foundation of several other Societies.

Peter Mark Roget stopped working as a doctor by the year 1840. He then began working on the project, which was initially intended to improve his memory. It was organizing words into a catalog, based on their meanings. This collection was first printed in 1852. The name was “Thesaurus of English Words and Phrases Classified and Arranged to facilitate the Expression of Ideas and Assist in Literary Composition.”

This book was printed more than once after the first edition. Almost thirty times the book was re-published during Roget’s lifetime. Later on his Roget’s son, John Lewis took over the work on it. He not only revised the work of his father but also expanded it. After Peter Mark Roget’s son worked on it, it was passed on to his grandson Samuel Romilly.

Peter Mark Roget didn’t have a comfortable life. He lost his wife and father at an early age, and his uncle committed suicide, while Roget was present. Therefore Roget witnessed it. Those life events were partly the reason for his work on the thesaurus. It helped him cope with the depression that he developed. He lived a long life and died at the age of ninety. His grave is located in the cemetery near the St. James’s Church.

Peter Mark Roget is one of those personalities, who live on even after have already passed away. He is the central character in several books and illustrations.

A story published in 1982 by the writer Keath Fraser shows Roget’s talents in both language and other aspects of his life. Recently, in 2014 another book about Roget was published; this was a picture book about Roget creating the thesaurus. This book even won an excellence prize in the category of children’s nonfiction.