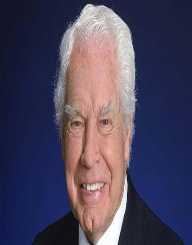 William Hanna was born on July 14, 1910. He collaborated with Joe Barbera to create Hanna-Barbera studio productions that were the brainchild of Tom & Jerry, the Flintstones, the Huckleberry Hound Show and Yogi Bear among others. They both won Academy and Emmy awards that constituted of many categories. He was an artist, cartoonist, director, producer, television producer. Hanna died on March 22, 2001.

William Hanna was born on July 14, 1910, in Melrose, New Mexico. His father was William John and mother, Avice Joyce, who had seven children and Hanna was the third born. The Irish –American frequently moved due to the work of their father as a construction superintendent. His father worked at the Balm Creek Dam, which was situated in Baker City, Oregon, where Hanna and the family moved to when three years old and started appreciating the outdoors.

Before the year 1917 to 1919, the family moved to many places and later settled in Watts, California. In 1922, he became a scout, then became an Eagle Scout, and dedicated part of his life to scouting activities. When he became an adult, he was a Scoutmaster.

In 1925, William Hanna attended Compton High School for three years. He later went to Compton City College, where he studied journalism and structural engineering. When the Great Depression hit, Hanna had to drop out of school.

William Hanna left school and started working as a construction engineer where he was part of the building team at Pantages Theatre, which was situated in Hollywood. The Great Depression hit hard that he was fired. He found a job in Pacific Title and Art after his sister's boyfriend’s encouragement. His talent in drawing increased and in 1930 the Looney Toons creators, Harman, and the Ising animation studio gave him a job. Hanna was promoted to ink and paint department even though lacked the professional training involved. In 1933, Hanna followed Hugh Harman and Rudolph Ising when they dissolved their partnership with Leon Schlesinger to produce for Metro-Goldwyn-Mayer (MGM).

In 1936, William Hanna directed his first cartoon, which was part of Harman-Ising Happy Harmonies series in 1937, Hanna joined with Barbera to make cartoon shorts for MGM. Their partnership solidified as of 1939 and went up to 60 years. It was here that they created the characters of Tom and Jerry, which debut in the 1940 animation Puss Gets the Boot. In 1938, Hanna served for a year in MGM's Captain and the Kids series as a director, but his employment role was demoted to a story man after the series failed.

In 1957, after MGM closed its cartoon studios, Hanna and Barbera formed theirs and had their first television show of The Ruff & Reddy Show. Hanna took part mostly in direction while Barbera was the writer. Their first successful hit was The Flintstones, which debut in 1960, and it reached top 20 during its first season. The Jetsons followed in 1962 and during the 60s, Scooby Doo, Where Are You? Hanna and Barbera later had countless of projects that the Los Angeles Times popularly believes that they created 3000 half-hour shows. Hanna then became involved in administrative duties of the company.

60 years of partnership enabled the duo to create immortal characters that have contributed to the animation world. They brought a harmonized generational and cultural appreciation of their cartoon series regardless of the age. They have won Golden Globe award in the Television Achievement category among other different awards. William Hanna died on March 22, 2001.