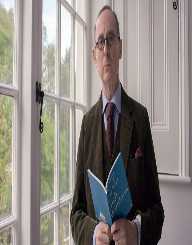 A.N. Wilson is heard regularly on BBC Radio and also writes columns for various newspapers including the Times Literary Supplement, New Statesman, the Daily Mail and the London Evening Standard.

In 2006 The Guardian newspaper reported that Wilson had been the subject of a hoax. A.N. Wilson was writing the biography of Sir John Betjeman when a letter from Betjeman to his mistress came into Wilson’s possession.

He used the letter for his book as evidence of a previously unknown relationship between Betjeman and the woman concerned. It turned out that Betjeman had not written the message and the clue was that the capital letters at the beginning of every sentence spell out a derogatory comment about Wilson.

A.N. Wilson was married an academic and scholar Katherine Duncan-Jones between 1971 and 1990.