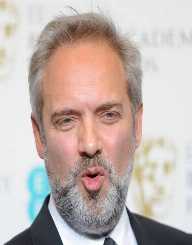 Golden Globe and Academy Award-winning English stage and film director Sam Mendes was born as Samuel Alexander Mendes on August 1, 1965, in Reading, Berkshire, United Kingdom. Hailing from a family of distinguished writers and academicians, Mendes was confident to carve out a place for himself in arts and literature.

His grandfather Alfred Hubert Mendes, a Trinidadian, was a well-known novelist. His father Jameson Peter Mendes was a University lecturer and mother Valerie Helene Mendes was a specialist author of children’s books. His paternal ancestry was of Portuguese origin.

His parents divorced when Sam Mendes was around five years old. While growing up in Oxfordshire, he graduated from the Magdalen College School. He attended the University of Cambridge and secured his Bachelor's degree in English from there in 1987.

His inclination towards the world of performing arts including film, theater, and writing was noticed since his childhood days. Besides, he excelled in school cricket too and was a part of the playing eleven for his Magdalen College School during the year 1983 and 1984.

During his association with the University of Cambridge, he started trying his hand at direction and directed a play titled ‘Cyrano de Bergerac’ with prominent actor Tom Hollander appearing in it. He also played cricket for his University cricket team.

Upon his graduation, Sam Mendes began working as an assistant director at the Chichester Festival Theatre. He was asked to direct a comedy entitled ‘London Assurance’ as the regular director of the stage production walked out.

The success of the production led him to more such offers of directorial assignments including ‘The Cherry Orchard,’ an Anton Chekhov production starring Dame Judi Dench. Soon, he found himself in demand and worked both for the Royal Shakespeare Company and Royal National Theatre.

Sam Mendes directed several stage plays around that time such as ‘The Sea,’ ‘The Birthday Party,’ ‘The Tempest,’ ‘The Rise and Fall of Little Voice,’ ‘Troilus and Cressida,’ ‘Richard III,’ ‘Othello’ etc.

The directorial career of Mendes received a big boost when in 1990 he was appointed as the artistic director of the ‘Donmar Warehouse Theatre,’ a non-profit theatre having its studio located at London’s Covent Garden. Mendes, over the years, successfully metamorphosed the studio into one of the city’s most prominent and preferred choice for stage plays.

His debut production at Donmar was Stephen Sondheim's ‘Assassins’ in 1992, which he staged after redesigning the theatre for two years. He remained associated with Donmar for close to a decade and is credited to have attracted distinguished actors of the world to appear in various productions of Donmar Warehouse Theatre.

He earned the Olivier Award for Best Director for his 2017 directorial venture ‘The Ferryman’ on behalf of the Royal Court Theatre.

Sam Mendes began directing films as well in 1999. He made his debut as a film director in ‘American Beauty.’ The Midas touch of Mendes made the film collect $356.3 million worldwide.

The genius of Sam Mendes saw many more successful and highly acclaimed films in the next several years. His second film ‘Road to Perdition’ (2002) earned six Academy Award nominations and won in the Best Cinematography category. Presently, Mendes is working in collaboration with Steven Spielberg’s Amblin Partners Studio, where he is co-writing the script of a film based on the 1917 World War I drama. He is also scheduled to direct the movie. The film is slated for a December 2019 release.

Sam Mendes married the Titanic fame actress Kate Winslet on May 24, 2003. They together have a son, Joe Alfie Winslet Mendes, who was born on December 22, 2003. The couple got divorced on October 3, 2010.

He married Alison Balsom, an award-winning trumpet soloist, on January 26, 2017. The couple was blessed with a daughter, Phoebe Mendes in September 2017.