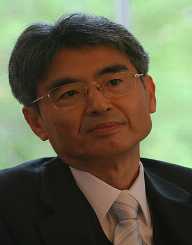 Susumu Tonegawa was born on September 6, 1939. He is a Japanese molecular biologist. In 1987, he was awarded the Nobel Prize for Physiology or Medicine for his discovery of the genetic mechanism that produces antibody diversity.

Susumu Tonegawa was born on September 6, 1939, in Nagoya, Japan. He was brought up alongside three siblings. His father was an engineer, and his job required that he moves from one place to the other. When he was a child, his family moved a lot, and he enjoyed the experience. He attended Hibiya High School in Tokyo, Japan. In 1959, he joined the University of Kyoto where he developed an interest in molecular biology. In 1963, he graduated from the University and moved to the United States. In the United States, he joined the University of California in San Diego where he did his doctorate study under Dr. Masaki Hayashi. In 1968, he obtained his Ph.D. with a thesis project on the transcriptional control of phage lambda.

Susumu Tonegawa became a postdoctoral fellow at Professor Masaki’s Laboratory after he obtained his Ph.D. He worked on the morphogenesis of a phage until 1969. He later continued his postdoctoral work at the Salk Institute, San Diego in the laboratory of Dulbecco Renato. In 1971, he moved to Switzerland where he joined the Basel Institute for Immunology, Basel. At the institute, he stopped dealing with molecular biology and shifted to immunology studies. He started researching immunology. He developed recombinant DNA techniques of molecular biology to immunology and showed that genetic material rearranges itself to form millions of antibodies.

In 1981, Susumu Tonegawa moved back to the United States where he was appointed as a Professor of Biology at the Centre for Cancer Research at the Massachusetts Institute of Technology (MIT).  He continued with his research and discovered a transcriptional enhancer element associated with the antibody gene complex. This was the first cellular enhancer element. He later shifted his focus to neuroscience. He discovered the enzyme CaMKII.

In 1992. Susumu Tonegawa also discovered the synaptic protein NMDA receptor in 1996. The receptor he stated plays a significant role in memory formation. In 1994, he became the Director of the MIT Centre for Learning and Memory until 2006. He is currently a Picower Professor of Neuroscience and Biology at the Centre. His research in neuroscience led to the identification and manipulation of memory engram cells.

In 1982, Susumu Tonegawa received the Louisa Gross Horwitz Prize for Biology or Biochemistry. In 197, he received the Nobel Prize in Physiology or Medicine for his discovery of the genetic principle for generation of antibody diversity. In 2010, he was awarded the David M. Bonner Lifetime Achievement Award by the UCSD.

Susumu Tonegawa married twice. His first wife was Kyoko, but they divorced later on. He later married Mayumi Yoshinari with whom he has three children. He is currently seventy seven years old. He continues to research neuroscience at his age.