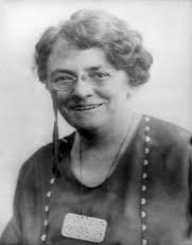 Jessie Tarbox Beals was an American news photographer. Born on December 23, 1870, she was the first American female night photographer. She is also the first female photojournalist to have her works published. She worked for The Buffalo Inquirer and The Courier. However, she is known for her freelance jobs, including at the St. Louis World’s Fair in 1904. Her ability to thrive in what was then a male-dominated profession places her above her peers.

Jessie Tarbox Beals was born in Hamilton, Ontario, on December 23, 1870. She was the youngest child of Marie Antionette and John Nathaniel Tarbox. She was born into a wealthy family with his father working as a sewing machine manufacturer.

However, John lost his life savings to bad investment when Beals was seven years. As such, he resorted to heavy drinking and left home. Jessie was an intelligent child and performed well in school. At age 17, she graduated from the Collegiate Institute of Ontario with a teaching certificate.

Jessie Tarbox Beals started her career as a teacher in Williamsburg, Massachusetts, living with her brother. She also taught in Greenfield. In 1888, she won a camera by selling subscriptions to the Youth’s Companion magazine.

The camera was small and basic; nonetheless, she used it in taking photographs of her students and the surroundings. As her interest in photography sparked, she sold it and bought a Kodak camera, which was higher in quality. Beals then set up a studio in her house.

In 1893, Beals attended the Colombian Exposition in Chicago, where she met the likes of Gertrude Käsebier and Frances Benjamin Johnston. It was during this period that she decided that her photography should move to another level. Her first photographs to appear in a newspaper were that of a local prison in 1899 for the Boston Post. However, she was not credited.

She ended her teaching career in 1900. That same year, she received credit for her photos for Vermont’s County Reformer. This made her one of the first published female photojournalists.

Jessie Tarbox Beals taught her husband the basics of photography; hence, he became her assistant. The couple, therefore, started working as traveling photographers. They did door-to-door general and portrait photography service. By 1901, they had spent almost all their funds; as a result, they moved to Buffalo, New York.

While there, she worked as a staff photographer for the Buffalo Inquirer and The Buffalo Courier. This made her the first female photojournalist in the US. At the time, photojournalism was risky and highly demanding, but Beals resolved to thrive in the field. She used an 8 x 10-format glass plate camera for her assignments. It was during this period that she photographed the inventor of the teabag, Sir Thomas Lipton. She worked there until 1904.

In 1904, Beal was assigned to the opening of the Louisiana Purchase Exposition in St. Louis, Missouri. She reported late at the fair, and as such, the organizers denied her a press pass. However, she managed to convince the officials to grant her permit for the pre-exposition photographs. She took advantage of that to shoot off-limits. It was like a new adventure for her.

She took risks to have photos that interest her. Beals floated in hot air balloons and climbed ladders among others, to get perfect shots. Her ability to hustle and take detail photos made her the official Fair photographer for publications like the Tribune, New York Herald, and Leslie’s Weekly. Most of her pictures at the fair prompted fellow up stories. At the end of the Fair, she had produced 3,500 photographs and 45,000 prints.

Aside from capturing activities at the fair, she also took pictures of dignitaries in attendance. She took photographs of President Theodore Roosevelt and William Howard Taft. She later shot photos of the president’s reunion with the Rough Riders in San Antonio in March 1905.

After the Fair, Beals opened a studio on Sixth Avenue, New York City, in 1905. She also earned various photo assignments, including that of prominent figures. She took shots of Emily Post,  Edna St. Vincent Millay, Mark Twain, Calvin Coolidge among others. Besides, she took shots of landscapes including the Bohemian Greenwich Village and the New York slums.

In 1920, Jessie Tarbox Beals moved to Greenwich, where she also opened a studio. During the great depression, Beals and her daughter Nanette returned to New York in 1933. During this time, the number of female photographers had surged; as a result, she ventured into giving public talks and architectural photography.

Jessie Tarbox Beals married factory mechanic, Alfred Tennyson Beals, in 1897. In 1901, they had a child who died shortly after birth. In 1911, they had a daughter, Nanette Tarbox Beals. The couple divorced in 1911. In the later part of her life, Beals fell into poverty. Beals died on May 30, 1942, in Bellevue Hospital, New York. She was 71.