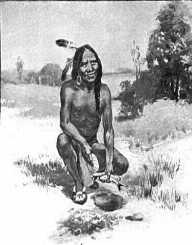 Squanto was born circa 1585. He also goes by the name Tisquantum. Squanto came from the Native American Patuxet tribe. He is famous for his role as an interpreter and guide between the Mayflower Pilgrims and the native people of Southern England. Squanto took up the position when the two populations settled at his former village.

In 1614, Squanto found himself in Spain after Thomas Hunt, an English explorer had kidnapped and sold him. Scholarly sources say that Squanto reined as one the few captives that had a focus on education and evangelism. Squanto would later travel back to his homeland and find his whole community wiped out by an epidemic infection.

Squanto was born circa 1585. Very little is known about Squanto's life prior to his engagement with the Europeans. Although he is believed to have to have gone into the hands of his captors in his twenties or thirties.

Sources say that Squanto's capture by Captain George Weymouth took place around 1605. George had the orders of Plymouth Company owner Sir Ferdinando Gorges Weymouth to traverse the coast of Maine. It is during this scouting that Squanto alongside four other Penobscots got into the hands of his captors.


An Interpreter For The Pilgrims

In 1614, after Squanto had mastered the English language, he traveled back to his homeland. He was in the company of English explorer John Smith, probably as a guide. It is then that Thomas Hunt, a British explorer captured Squanto and sold him in Spain as a slave.

Squanto managed to escape from slavery and returned home in 1620. Unfortunately, he found his tribe wiped out by smallpox. As a result, he had to live with the nearby tribe, Wampanoags.

Squanto's role as an interpreter came in March 1621 mainly because he could speak English. For close to twenty months, he worked as an advisor, guide and a translator who lived with the Pilgrims.

Squanto died circa November 1622 in Chatham, Massachusetts. His death came as a result of a fever. During this time, he was working as a guide for Governor William Bradford.