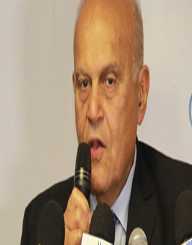 Magdi Yacoub was born on November 16, 1935. In Belbis, Al Sharqia, Egypt. He was born in a Coptic Christian family, and his father was a General Surgeon. Inspired by his father’s profession, he pursued the study of Medicine entering the Cairo University College of Medicine at the age of 15 under a full scholarship scheme. He graduated from there in 1957 as a qualified doctor. In 1962, he relocated to Britain.

After moving to Britain, Magdi Yacoub worked in the cardiac surgery section of various leading hospitals gradually gaining experience and reputation as a cardiothoracic surgeon in equal measure. At a very young age, he had witnessed the death of his aunt due to heart disease. This experience encouraged him to take up cardiac surgery as his specialization. In 1968, he went to the United States for a short break and worked at the University of Chicago as an Associate Professor for a year.

Magdi Yacoub returned to London and started working as a consultant cardiothoracic surgeon at Harefield Hospital. He continued to serve at the hospital till 2001. During his association with the hospital, it became a pioneer and a leading institute for transplant surgery. He was also instrumental in performing the first open heart surgery in Nigeria, when he in his capacity as a visiting professor at the University of Nigeria, joined hands with the likes of Fabian Udekwu, Nsukka and others to achieve the unique feat. The feat was accomplished in 1974.

In 1986, Magdi Yacoub became a consultant cardiothoracic surgeon at Royal Brompton Hospital while keeping his association with Harefield Hospital intact. He was also appointed as the Professor of Cardiothoracic Surgery at the National Heart and Lung Institute in the same year. In 1980, Harefield Hospital unveiled a program of transplant surgery under Yacoub’s guidance and leadership. For the next ten years, Dr. Yacoub and his team performed around 1000 such transplant surgeries making the Institute a leading name around the world for such cases.

The common benefits that were observed during this period were an increase in postoperative survival rates, reduction in the time of isolated recovery period and the lesser financial cost involved in each operation. The treatments were rendered to the patients under the aegis of National Health Service. Private foreign patients were also entertained provided they could afford the costly procedure. Dr. Yacoub himself traveled thousands of miles each year to collect donor hearts in a small aircraft or helicopter.

Dr. Magdi Yacoub performed the first successful heart and lung surgery at the Harefield Hospital in December 1983. Working in the Cardiothoracic Department of the National Heart and Lung Institute, he developed more sophisticated techniques of heart and heart-lung transplantation.

The Prime Minister of Greece Andreas Papandreou was admitted to the Harefield Hospital in a critical condition during the second half of 1988. Dr. Yacoub performed an open heart triple bypass surgery upon the Prime Minister. It was a successful operation, and the Prime Minister’s life was saved. Dr. Yacoub’s fame and reputation spread like wildfire after the surgery, particularly in Greece. The Prime Minister’s illness and his recovery were the top news stories in Greece for months, and people’s euphoria and their growing respect for the doctor was beyond any imagination.

Magdi Yacoub's contribution in the field of teaching was significant. He guided and supervised around 60 research students in their respective area of research including end-stage heart failure, stem cell biology, transplant immunology, tissue engineering and myocardial regeneration. He also has a Guinness Book of World Record to his credit. On October 20, 1982, he did a heart transplant operation on a patient named John McCafferty, an Englishman. On December 2013, McCafferty became the longest surviving heart transplant patient around the world. He surpassed the previous Guinness Book of World Record set by an American man who died in 2009 after surviving 30 years, 11 months and ten days post successful heart transplant.

Magdi Yacoub retired from active performance in 2001 at the age of 65. His immense knowledge in the field of transplant surgery and vast experience made him a very high profile consultant surgeon and an ambassador for the benefit of cardiovascular surgery.

In 1995, Magdi Yacoub founded ‘Chain of Hope,’ a charitable organization for the treatment of children with correctable cardiac conditions from the war-ravaged and developing countries. Chain of Hope established its branches in Egypt and other Middle Eastern Countries for training and research programs. Though retired, he continues to operate on children under his charity, Chain of Hope.

He founded the Magdi Yacoub Research Network in 2008. The research network is instrumental in establishing the Qatar Cardiovascular Research Center collaborating with the Qatar Foundation and Hamad Medical Corporation.

Magdi Yacoub married Marianne, a girl of German ancestry. The couple is blessed with three children. His eldest daughter Lisa is the U.K. Coordinator of his charity ‘Chain of Hope.’ His youngest daughter also followed in his footsteps and became a doctor specialized in the field of tropical medicine.

Magdi Yacoub's heart and lung transplant program is the largest in the world. More than 2500 transplant operations have been carried out under this program. The reigning British Queen Elizabeth II knighted him for his outstanding contribution to medicine and surgery. He is also a recipient of the ‘Order of the Nile’ bestowed upon him in 2011 for his contribution to science and humanity.