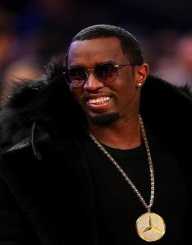 Sean John Combs was born on November 4, 1969, in Harlem, Manhattan, New York City. His stage name Puff Daddy widely knows him, P. Combs was raised in New York state Mount Vernon. His mother was a model and later worked as a teacher’s assistant, and his father was an associate with drug dealer Frank Lucas. Combs’ father was shot when he was 33 years old, while he was sitting in his car in Central Park West.

Combs was still a child when his father was shot. He attended the Roman Catholic Mount Saint Michael Academy and graduated the school in 1987. In the academy, he played football, leading his team to the winning of a division title in 1986. Afterward, Combs went to the Howard University and studied business, but dropped out after two years of studies. His stage name “Puff” comes from his childhood, when he used to “huff and puff” when he was angry.

After dropping out of the university, Combs began working as an intern in Uptown Records in New York. He was working as a talent director and during his time, helped to develop several artists, including Jodeci and Mary J. Blige. His career in Uptown Records ended after an incident in 1993. He was promoting an AIDS fundraiser at the City College of New York. The event was oversold, and a stampede occurred, during which nine people lost their lives.
After leaving Uptown Records, Combs started his own company Bad Boy Entertainment with Arista Records. He was working with the newcomer The Notorious B.I.G. and Craig Mark, who released singles and successful LPs. This led to the company’s success, and soon Combs was able to sign more artists, including Carl Thomas, Faith Evans, Father MC and many other.

Combs released his first album as a rapper in 1997, under the name Puff Daddy. His single “Can’t Nobody Hold Me Down” was an instant hit and spent 28 weeks on the Billboard Hot 100 chart. The album No Way Out was released in June, undergoing several changes after The Notorious B.I.G. was killed. The album was a commercial success. The song “I’ll Be Missing You,” a tribute to B.I.G., became the first rap song to debut at number one on the Billboard Hot 100 list. The album was nominated in five categories for the Grammy Awards, winning the Best Rap Album award. In 2000, the album was certified septuple platinum.

Combs released his second album Forever with the Bad Boy Records in 1999 which was also a commercial success. For his next release, the gospel album Thank You; Combs changed his stage name to P. Diddy. In 2001, he also appeared in the film Made and Monster Ball. He also began working with several artists, including Kelis, N Sync, and pop group Dream. His last album joined with the Arista Records was The Saga Continues.

In 2005, Combs was cast in several acting ventures. He starred in the 2005 Carlito’s Way: Rise to Power, and also played in the Broadway’s A Raisin in the Sun television adaptation. Combs then partially sold half of its company to Warner Music Group. In 2006, Combs released his next album Press Play. The album received mixed critical reviews but eventually gained Gold certification.

In 2010, Combs began a new project, creating the rap supergroup The Dram Team and Diddy-Dirty Money. The latter released an album, Last Train to Paris in 2010. From the album, single “Coming Home” was the biggest success, peaking at number 12 on the U.S. Hot 100 chart. In 2015, Combs announced a new album No Way Out 2. After the album’s release and tour, Combs announced that he wishes to focus on his acting.

In 2016, Combs’ estimated net worth was $750 million. Besides his music career, he is also the owner of several other successful businesses. In 1998, Combs opened his clothing line, Sean John. The brand was successful but experienced several controversies, like for using dog fur for its jackets. He also released men’s perfume “I Am King.”

Combs also owned two restaurants named Justin’s- after his son. He also designed the alternate jersey for Dallas Mavericks. He is also a partial owner of the Ciroc vodka brand and has stakes in Revolt TV.

Combs was dating his high school sweetheart Misa Hylton-Brim until 1994. The couple had a son, Justin in 1993. After breaking up from Brim, he began dating Kimberly Porter. He adopted her son Quincy from her previous relationship, and also had a son Christian and Twin daughters D’Lila Star and Jessie James. Before the birth of his twins, his other daughter Chance was born to Sarah Chapman. His son’s Quincy and Justin both appeared on the MTV show My Super Sweet 16. Justin is attending UCLA on a football scholarship.

Combs is also the founder of Daddy’s House Social Programs. The organization helps inner-city youth and organizes tutoring, life skills classes and summer camps. He also pledged $1 million to Hurricane Katrina victims and donated clothing from his brand Sean John. Combs has also donated computers to several New York schools. In 2008, he received a star on the Hollywood Walk of Fame. In 2014, he received an honorary doctorate from the Howard University. He was the keynote speaker at the 146th commencement ceremony and acknowledged the school to be a positive influence on his life and success.