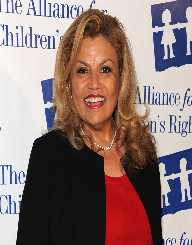 Suzanne de Passe is African-American film, music, and television producer who discovered a number of famous artists such as the Jackson Five which later propelled the career of the King of Pop, Michael Jackson, among others.

A Well-Educated Woman And Her Aspirations

Born on July 16, 1946, in Harlem, New York as Suzanne Celeste de Passe, she came from a middle-class family that enabled her to attain education in contrast to her other brethren. Her father worked at Seagrams Inc. as an Executive Officer while her mother found work as a school teacher and resided in Harlem's Riverton Apartments. Growing up, the young de Passe took an interest in ballet and theatre of which she frequented during summer.

Her parents separated when she was 3 years old, but on good terms and were civil towards each other. When her father remarried, all three of her parents maintained the harmonious relationship they had with each other.

She attended New Lincoln School of which she developed her business-minded ways and is an alumnus of Manhattan High School where she graduated in 1964. Upon graduating high school, she enrolled at Syracuse University where she pursued writing but later became unhappy with the African-American community at said college. With the idea of moving closer to home, she enrolled at Manhattan Community College and found that she is still unsatisfied with her move.


The Local with an Eye for Talent

With her growing disinterest in college, she began frequenting Cheetah Disco, a local dance club in New York. From here, she started her unlikely business that would set the course of her life. She became a critic on the club's live music of which the owner's wholeheartedly entertained that they hired her as the talent coordinator of the club. Following her job as a talent coordinator, she became a booking agent for a talent agency called Howard Stein. Through her growing connections, she made friends with The Supremes' member Cindy Birdsong which in turn introduced her to Berry Gordy. At the time, Gordy worked as the Creative Assistant of the legendary Motown Records. Due to her unrelenting nature, she was hired as Gordy's personal assistant and relocated to Detroit, Michigan.

One of De Passe's greatest discovery was The Jackson Five. She saw them perform at a friend's apartment and was immediately impressed and took it upon herself to develop and manage the group. The group became an international success and even launched one of the members' solo career, the King of Pop, Michael Jackson. Aside from the Jackson Five, she was also the one responsible for discovering other musical talents such as Lionel Richie, The Commodores, Frankie Valli and The Four Seasons, and Rick James to name a few.

Aside from keeping an open eye on the music scene, she also took part in writing. In 1972, she was the co-writer of the film Lady Sings the Blues which starred Diana Ross. She garnered an Academy Award nomination and consequently promoted her as Motown Industries' vice president for her work on the said film.

She eventually rose in rank as the president come 1981 while also serving as one of the company's producers and writers. She worked on one of Motown's hit entitled Motown 25: Yesterday, Today, Forever which earned her an Emmy Award in 1983. 2 years later, she earned another Emmy for working on another hit entitled Motown Returns to the Apollo in 1985.

The Establishment of de Passe Entertainment

Thanks to her work experience and background in Motown Industries, de Passe eventually established her own company in 1992 called de Passe Entertainment. Some of her famous works for the company was the 1994 sitcom Sister, 1997 show Smart Guy and the series Showtime at the Apollo which aired in 2002.

De Passe married actor Paul Le Mat in 1978. She met him while still working as Motown Industries' vice president. The couple has 3 children together.