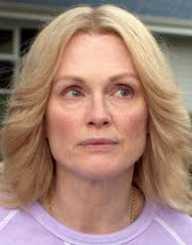 Laurel Anne Hester born on the 15th of August 1956 was one of the finest detectives of the Ocean County in New Jersey. She was also a lieutenant attached to the prosecution office. Laurel rose to fame due to being gay and terminally ill. Her doctors told her that she had lung cancer and that she didn’t have that long to live.  Also, her employers were trying to railroad her out of her retirement benefits. This was because she was gay and had a partner Stacey Andree.

With her last breath, she became one of the modern symbols of pro-gay campaigns. The Republican gimmicks finally gave in to the demand and pressure of the public and the governor to approve her wishes. She fought the system and won. Moreover, her struggle became one of the Academy winning documentaries of all time.  She died on the 18th of February 2006 with the love of her life beside her.

Laurel Anne Hester was born in Elgin, Illinois to the late Diana and George Hester. She had three other siblings George II, James and little sister Lynda Hester D’Orio. Hester knew that Laurel was gay at a very tender age. Like many of the gay people, she struggled with her sexual identity. This was due to stigmatization due to fear of isolation. During her childhood, the family would vacation in Jersey. She later took up work there as a police officer.

Hester went to the University of Stockton that was then Stockton State College. There she managed to graduate with a bachelor’s degree in criminal justice and psychology. In school, Laurel was able to join the Gay People’s Alliance. She was also a co-coordinator of the student club and charter member. As one of the founders of the Gay Peoples Union in her school, Laurel later lost a chance at a police internship.  However, she went on to write articles advocating for the rights of the LGBT for The Argo up to her graduation.

So, after graduation, Laurel went on to look for work. She got her first position as a police officer in North Wildwood, New Jersey. During this period Laurel worked for over two years. However, the third year, the police department denied her another opportunity because she was gay. So, Laurel went on and made an application at the Ocean County prosecutions office. She was able to handle many cases while she was there. Moreover, Hester became one of the first female officers in the department to attain the rank of Lieutenant. Besides, she was also one of the respected officers in her department.

Relationship and Moving in Together

The year 1999 Hester met the love of her life while out for a game of volleyball in Philadelphia. Although she was 19 years older than Stacie Andree, they fell in love anyway. So, soon later they chose to move in together. Then, they decided to buy a house together and live in a domestic relationship. Also, they took up the opportunity to register their relationship with the local authority on the 28th of October, 2004. However, at the time of partnership registration, gay marriage was not legal in the United States of America.

Laurel Hester became ill at one point of their relationship and went to see a doctor. The doctor then gave them the devastating news of diagnosis of lung cancer. It had spread to her head. Therefore, she had very little time to live. However, Stacie who was then a mechanic was not making a lot of money from her business.

Consequently, she would most likely lose the home they had bought together. So, Hester decided to leave Stacie her benefits from her job. This is one task that did not sit well with the freeholder of the Ocean County. Moreover, they were not under legal obligation to help Hester leave her pension to Stacie.

Their appeal and plea to the local authorities fell on deaf ears. So, they sought the help of the people and different groups. They quickly drew the attention of many people who stood up to the biases of the authorities. Consequently, in no time the pull of the media was able to point out the prejudices that many gay people were shown all over the world.

Later, on the 18th of January, 2006 with the help of Stacie, she made a video appealing to the humanity of the freeholders. This move and the pressure of the politicians like the Governor of New Jersey saw to the freeholder reversing their position.

Laurel Hester was one of the detectives of the prosecution's office in Ocean County New Jersey. She got diagnosed with lung cancer that weakened her body quickly. Laurel passed on three weeks after Hester had managed to achieve one of the most significant milestones in the gay community. She died on the 18th of February 2006 at the age of 49. Her lover and partner Stacie was beside her all through.