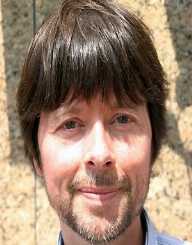 Ken Burns was born on July 29, 1953. He is an American filmmaker who is well known for producing and directing documentary films. He has produced many documentaries that touch on almost all matters in the society that we live in. He founded a production company known as ‘Florentine Films.’ He started making films the moment he founded the company. His first documentary ‘Brooklyn Bridge’ was well received by the public and it earned him an Academy Award nomination. The documentary ‘The Civil War’ brought him much fame and acclaim. He had produced other documentaries such as ‘Jazz,’ ‘The Central Park Five’ and ‘The War’ among others. He has won many Emmy awards because of his works.

Ken Burns was born on July 29, 1953, in Brooklyn, New York. He was born to Lyla Smith, a biotechnician, and Robert Kyle Burns. At the time of Ken’s birth, his father was studying Cultural Anthropology at Columbia University, New York. His family moved a lot, and there was a time that they lived in France. When Ken was eleven, his mother died of breast cancer. The death of his mother affected him, and that is what motivated him into his career. He loved history so much that he was well educated on the subject. On his seventeenth birthday, he was presented an 8mm video camera as a present. He was happy, and he filmed a documentary about a factory in Ann Arbor.

Ken Burns attended Pioneer High School in Ann Arbor and graduated in 1971. He joined Hampshire College in Amherst, Massachusetts to study Film Studies and Design.  Financing his tuition was not comfortable so he took up a job at a record store so that he can earn income to pay for his tuition fees. He graduated from the college in 1975 with a Bachelor of Arts Degree in Film Studies and Design. While in college he studied under photographers like Elaine Mayes.

In 1975, immediately after graduation Ken Burns and two friends of his from college formed the production company ‘Florentine Films’ which was based in Walpole, New Hampshire. He filmed some documentary short films in the 1970s. He was a cinematographer for BBC and Italian Television. In 1977, he started working on the documentary film ‘Brooklyn Bridge’ whose script he borrowed from the book ‘The Great Bridge’ written by David McCullough. He released the film ‘Brooklyn Bridge’ in 1981. It was well received by the public and it received acclaim from critics as well.

In 1984, Ken Burns released the film ‘The Shakers: Hands to Work, Hearts to God.' In 1985, he released two films ‘The Statue of Liberty’ and ‘Huey Long Chronicles.’ In 1988, he released two more films ‘The Congress’ and ‘Thomas Hart Benton.’ His first miniseries ‘The Civil War’ was released in 1990. The miniseries received a lot of positive reviews and it was watched by over forty million people in the United States. In 1994, he released the series ‘Baseball’. In 1996, he was an executive producer and creative consultant for the documentary ‘The West’ which was directed by Stephen Ives.

In 1982, Ken Burns married Amy Stechler and divorced her after eleven years into their marriage. He has two daughters with her, Sarah and Lily. In 2003, he married Julie Deborah with whom he has a daughter, Olivia. He currently lives in Walpole, New Hampshire.