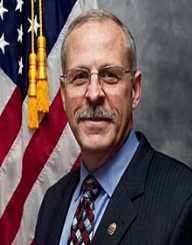 Stephen Murphy is a former American law enforcer who worked with Drug Enforcement Administration or DEA. He was part of the team that neutralized Colombian drug baron Pablo Escobar

Steve Murphy was born in Tennessee and raised in Virginia. His father was Marvin and his mother Betty Marvin. Born in 1957 as Stephen Murphy, he went to Princeton High School. After his graduation in 1974, Murphy enrolled for a degree course at West Virginia University. He transferred in his second year to Bluefield State College. He ultimately graduated with a degree having majored in Criminal Justice. Murphy joined the DEA academy and graduated in 1987.

His first assignment was in Miami. Murphy knew the magnitude of his posting. Miami was in the tight grip of drug gangs with high narcotics-related murders. He worked in his Miami station for about four years.

One of the reasons Murphy went for the Colombian assignment was the death of his friend and DEA colleague Kevin Brady. Brady was killed on a manhunt for the members of La Quica cartel in Colombia. By the time Murphy landed in Bogota, Columbia was basically a narcotics state. The drug barons had bankrolled almost everyone in the country. Even high government officials were members of the drug gangs.

The American DEA was the obvious target choice for the gangs. Huge bounties were put on the heads of the DEA agents in the country. Some were as high as USD 300,000. The drug business had an immense empire. At the apex of the narcotics, empire was the Medellin cartel led by the ruthless Pablo Escobar. Escobar was the pharaoh of Colombia’s drug business. In his payroll was everybody who mattered. If you went against him, the gang eliminated you. Some politicians are rumored to have had their election campaigns financed by Escobar. In Medellin and almost all parts of Colombia, Pablo Escobar was the law himself.

With the partnership of fellow DEA agent Javier Pena, Murphy laid his groundwork. He created a network of informers in Bogota and the surrounding countryside. Murphy also helped the Colombian police with lead generations and the tracking of drug criminals. Pablo Escobar was still a free man as no one could tag him to the drug wars. When the DEA uncovered his drug connections, he gave himself up to the Colombian police. Since the US and Colombia had no extradition agreement, Escobar was jailed in Colombia. His jailhouse came with all the luxuries of a drug baron. Soon after in 1992, he broke out of jail.

His escape led to the largest manhunt for a drug lord ever to be mounted. The multi-agency onslaught was spearheaded by the Colombian police. Others in the hunt were the US Navy Seals, DEA agents, and Interpol. Murphy and Pena were part of the manhunt intelligence-gathering machine.

Pablo Escobar managed to escape the police dragnet for the next eighteen months. Finally working on the information from informants, Escobar was surrounded in his hideout. He tried to escape through the roof. He was shot and killed. The biggest manhunt of a drug baron in the history of the business had come to an end. Escobar died on December 2, 1993, in his hometown Medellin.

In 1994, Murphy was recalled back to the US. His mission in Colombia had been accomplished. He worked in several cities in the US until 2013. He then retired and went into private business. He now owns a private security company offering advisory services to the government and private sectors.

Murphy was introduced to future wife by Kevin Brady in a night outing. The couple has two adoptive daughters. They adopted the two girls while in Bogota, where the couple lived during the hunt for Escobar. The family lives in Washington DC.

When he joined the DEA, Murphy had no clue of what awaited him in the future. His resolve was to get rid of the US of drugs and help the juvenile addicts to get back to normal life. The hunt of Escobar heralded a new chapter in the life of Murphy. He took a dangerous assignment while still a relatively young officer. Risking his life in Colombia, he managed to get rid of the world’s most dangerous cartel, the Medellin.

His epic enforcement journey has been crafted into a movie called Narcos on the Netflix channel.