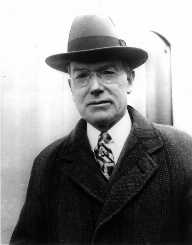 John Davidson Rockefeller was born in 1839 in New York. He was the second of six children to his parents. His family moved several times when he was young. First, they moved to the area of New York, and then they moved to a different state. For John D. Rockefeller it meant changing schools several times. After graduating high school, he attended a business course in the College where he studied bookkeeping.

At the age of sixteen, John D. Rockefeller started working for the first time. He was working as an assistant bookkeeper for a small firm “Hewitt & Turtle.” Later in life, he described this experience as one of the best work experiences, because here he realised his talent in calculating transportation costs.

After this wok, John D. Rockefeller together with a partner Maurice B. Clark started a produce commission business and raised a good capital. Starting from this point in his life, he was financially becoming more and more stable and earned more from year to year in his life.

During the Civil War, the government was subsidising oils prices, and oil business became highly successful. The partners then switched the industry to oil and built an oil refinery in 1863 in Cleveland. At the time other oil refineries threw out around 40% of the oil product that was a waste, Rockefeller found out a way to make a profit of what was left after extracting kerosene. He sold the rest as lubricating oil, paraffin wax, petroleum jelly and other products.

In 1870, John D. Rockefeller left the partnership, and formed “Standard Oil.” He was still very productive and had a high work ethic. Therefore Standard Oil soon became the refinery with the most profit.

He continued buying inefficient refineries, improved their efficiency, made secret deals, and received discounts for oil shipment. In a little over three months time, Standard Oil merged 22 of 26 competitors. It was highly competitive, efficient and expanding very quickly.

In 1882, Standard Oil Trust was created. It was a corporation that consisted of 41 separate companies in different states and run by nine people, including Rockefeller. The company covered around 4,000 miles of pipelines and employed over 100,000 people. It was refining approximately 80% of the world’s oil by the end of the 19th century.

Over time other competitor’s businesses also expanded. Kerosene became less vital, as the light bulb was invented, and people switched to the light bulb for illumination. Nevertheless, Standard Oil adapted, expanding to natural gas production, and gasoline for automobiles. The headquarters of Standard Oil moved to New York in 1884.

At the beginning of the 20th century, the court ruled Standard Oil being an illegal monopoly and it was then broken up into 34 separate companies. At the time Rockefeller held approximately 25% of the Standard Oil shares and benefited from the break-up of the company.

John D. Rockefeller began donating money as soon as he got his first paycheck, at the age of 16. He gave approximately 6% of his income to charity. At the age of 20, he started donating over 10% of his income. Being raised in the church, much of his donations went to church. As he became wealthy, he began donating to schools and public health, science, art.

He believed that donation has to help change the system that led to poorness in the first place; therefore he chose to give charity to projects, in which he saw potential.

Rockefeller's mother was deeply religious; she was a Baptist. Therefore John D. Rockefeller also was raised in a Baptist religion. It is stated that he read the Bible daily and attended prayer group meeting on a regular basis several times a week. He supported several Baptist missionaries and was very engaged in funding Baptist universities and churches. With his wealth expanding, he donated even more over time.

When John D. Rockefeller reached the age of 50, he suffered from depression. The stressful period of the 1890s caused him to develop digestive problems and alopecia.