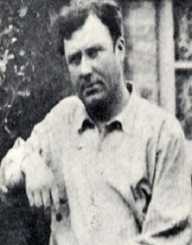 Eugene Atget was born on February 12, 1857. He was a French Photographer. He was renowned as the pioneer of documentary photography. He died at the age of Seventy Years.

Eugene Atget was born Jean-Eugene-Auguste Atget on February 12, 1857, in Libourne, France. He was born to Jean-Eugene Atget and Clara-Adeline Atget. He grew up with his maternal grandparents in Bordeaux, France. He finished his high school education. He later joined the Merchant navy. In 1878, he moved to Paris, France. He was then admitted to the acting class which he didn’t last due to expulsion from drama school. He later joined an Acting Travelling group. In 1987, he quit acting due to his ill health. He tried painting but didn’t turn out successful. He later embarked on photography.

In 1888, Eugene Atget had his first photographs which were of Amiens and Beauvais. In 1890, he became a professional photographer. In 1987, he started ‘Old Paris Collection’ which was his project. In 1898, his photographs were purchased by Musee Carnavalet and Bibliotheque Historique de la Ville de Paris. In 1899, he relocated to Montparnasse. He also engaged in some acting and lecturing.

In 1920, he started photographing parks of Versailles, Sceaux, and Versailles. His photographers impressed top personalities such as Man Roy, Henry Matisse, and Picasso. They later supported his work by purchasing the photographs. He then wrote his life work. In 1927, Atget died. His archives were donated to the Paris Institute.